Britney Spears' conservatorship 'has been extended amid pandemic'

Britney Spears' conservatorship has reportedly been extended by a judge amid the coronavirus pandemic.

Britney Spears' conservatorship has reportedly been extended until the end of the summer. The 38-year-old singer's long-time care manager Jodi Montgomery has had her role extended until at least August 22 following an order by judge Brenda Penny.

The extension was granted after the judge determined that a hearing cannot take place at present due to the coronavirus pandemic, 'Entertainment Tonight' reports.

Jodi has served as Britney's conservator since last year, when Britney's father stepped down from the role.

The decision to extend Britney's conservatorship was taken shortly after the pop star revealed she accidentally burnt down her private gym.

The 'Oops... I Did It Again' hitmaker revealed via Instagram that she's only just returned to her home workout station, after she accidentally burnt most of her gym equipment.

Britney - who has Sean, 14, and Jayden, 13, with ex-husband Kevin Federline - recently told fans in a video update: "Hey, guys! I'm in my gym right now. I haven't been in here for, like, six months, because I burned my gym down unfortunately.

Fortunately no one was hurt in the fire.

"I walked past the door to the gym and flames BOOM !!!!!! By the Grace of God the alarm went off after that and yippy hoorah nobody got hurt .

"Unfortunately now I have only two pieces of equipment left lol and a one-sided mirror gym !!!!!

"But it could be much worse so I'm grateful.

"Pssss I like working out better outside anyways (sic)" 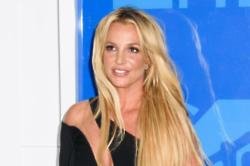