Cardi B debuts huge back tattoo

Cardi B has debuted a huge new back tattoo, which has been "several months" in the making.

Cardi B has debuted a huge new back tattoo. The 'Bodak Yellow' hitmaker showed off the inking, which has been "several months" in the making and took 60 hours studio time to produce.

She wrote: "Okay guys! Soooo here it is! It took me several months but I'm finally finished. This is my back tattoo! It goes from the top of my back to the middle of my thigh. Thank you @jamie_schene. (sic)"

Whilst Jamie, her tattoo artist, added: "Thank you @iamcardib! 60+ hours, more than 10 cities, it was an awesome project and a crazy experience. Thanks for the dedication, strength, and hospitality."

Meanwhile, Cardi previously confessed she got her husband Offset's name tattooed on her because he has a "fat" penis.

The 'I Like It' hitmaker admitted she decided to get his moniker etched behind her knee because she's obsessed with his manhood.

In reply to a video of her parading her bikini body on Twitter, a fan said: "why cardi tattoo this n***** name on her lmao (sic)."

Back in summer 2019, Cardi showed off the new inking to her husband during a FaceTime chat and he posted a screenshot of the tattoo, which is on the back of her thigh, onto his Instagram.

He captioned it: "CANT WAIT TO GET HOME (sic)"

Cardi also wanted to get her daughter's name tattooed on her.

The rapperasked her fans on Twitter to come up with the perfect position on her body to honour her little girl Kulture after her husband Offset got her moniker etched on his face.

She tweeted: "Where should i get Kulture name tatted? (sic)"

A fan then suggested her arm, to which she replied: "Both arms are taken." 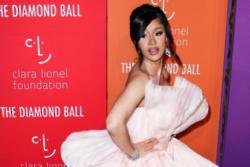 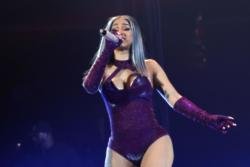 The BET Awards 2020 will go ahead virtually on June 28 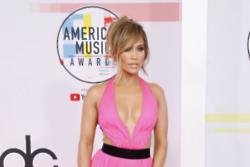