Clint Eastwood: I Want to Make Films At 105

Clint Eastwood hopes to keep making films when he's 105 and has no plans of winding down his 60-year career.

The 82-year-old actor-and-director has no plans to wind down his career and has the ambitious goal to keep making movies for over two more decades - however, he admits his lofty wish is "ultimate optimism".

Giving a candid talk at the Tribeca Film Festival in New York, Clint said: "Sometimes when you are not in production, you think, 'Ah, I'm about to take some time off or something', but then the moment you pull the trigger on one shot, you are kind of going, 'OK, I'm ready, let's go.' You're ready to charge the hill and right through the picture - and I don't think you ever lose it, probably."

The 'Million Dollar Baby' director also revealed he never uses the word 'action' on his film sets to begin a scene and feels the phrase has a "negative connotation".

He explained: "I always say, 'Go when you're ready,' rather than the traditional, 'Action!' The word 'action' puts a bad connotation out there, like some firecracker that goes off to get everyone going."

The Hollywood legend gave further insight into his filmmaking process, likening directors to thieves because he is always willing to take suggestions on how to shoot a scene from anyone.

He said: "You have to steal a lot. You have to have a criminal mentality to be a film director." 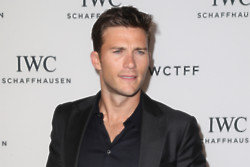 Scott Eastwood has been 'burnt' by Hollywood 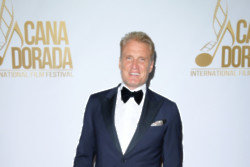 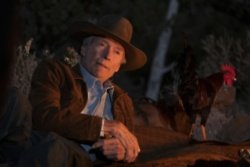