Coleen Rooney felt "energised" after eating her son's placenta, which she had freeze-dried and put into pills after he was born in January. 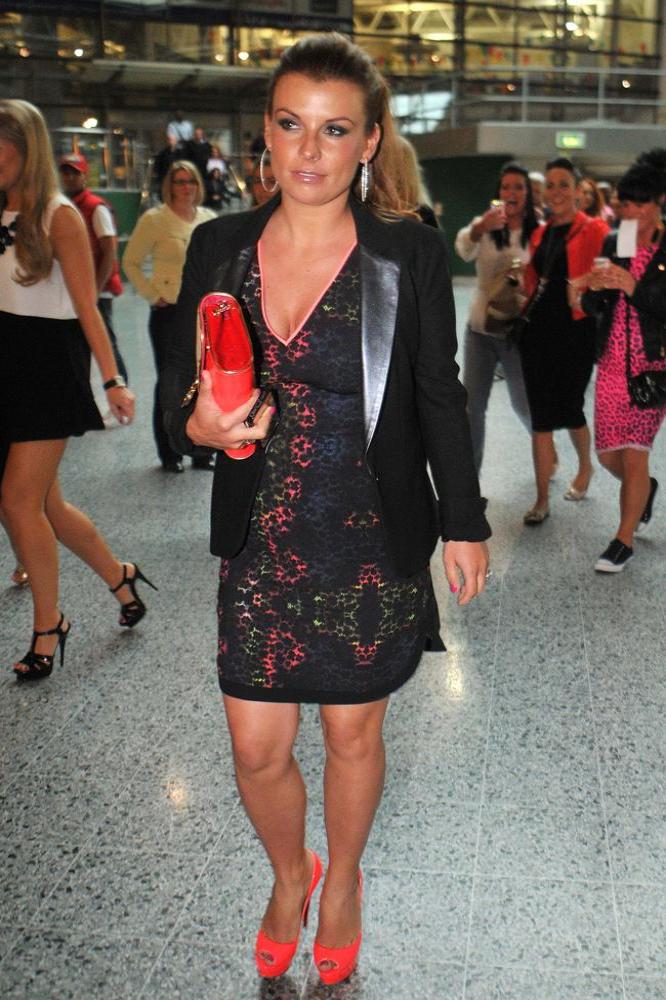 The 30-year-old star had her after-birth freeze-dried and turned into pills when her youngest child Kit was born in January and believes the capsules helped balance her hormones, boost milk production, stabilise her moods and get back to her pre-baby weight - although she didn't like the taste.

Coleen - who also has sons Kai, six, and Klay, three, with husband Wayne Rooney - said: "They had a slightly metallic taste and they definitely made me feel energised. I felt full of very positive energy and it helped with a number of pregnancy symptoms such as the produce of milk.

"I slept really well and they helped to stabilise my weight after having Kit.

"Everyone has a different reaction but in my case they were great. There are so many ways to do it now so research what's best for you."

The fashion designer admitted her second son wasn't overly thrilled when his youngest brother was born, but she and Wayne, 30, were quickly able to win him over.

She explained to the Daily Mirror newspaper: "When I first had Kit, Klay didn't really acknowledge him for the first day or so. He wouldn't look at him. So we got him some presents, put them beside Kit and told him his new little brother had bought them. Since then they've been best friends. He cuddles and kisses him all the time.

"Kai has grown up all of a sudden. He wants to push Kit in the pram whenever we go out and kept saying, 'when are you bringing him to school?'. So we went to school and the whole class came out. Kai was so proud."

Because of their hectic family life, Coleen and Wayne found it difficult to spend quality time alone together, so now hire a nanny to stay overnight once a week so they can go on a date.

She said: "We have a date night once a week. Since Klay we found that we never had time for each other - even just sitting down and watching a film is tricky.

"It gives us time to go to the cinema or out for dinner. It's important we have that time together."