Coleen Rooney has paid tribute to her late sister Rosie on what would have been her 18th birthday today.

Coleen Rooney has paid tribute to her late sister Rosie. 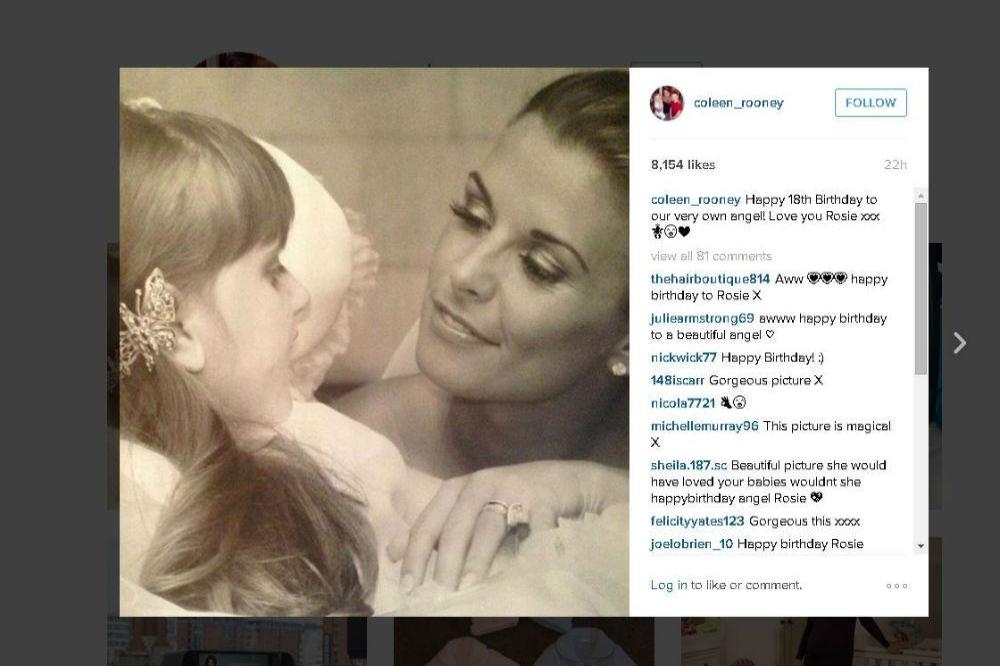 Rosie, who Coleen's parents Tony and Colette McLoughlin adopted as a baby, sadly passed away four years ago after she lost her battle with the rare brain disorder Rett Syndrome.

After Rosie's tragic death, Coleen and her husband Wayne - who is captain of the England soccer team - made it their mission to raise funds for sick and disabled children.

The brunette beauty even made a television documentary to raise awareness of children's hospices; such as the Claire House in Liverpool, where Rosie stayed two nights a week.

Meanwhile, Rosie's 18th birthday comes less than two weeks after Coleen and Wayne - who already have sons Kai, six, and Klay, two - welcomed their third child Kit into the world.

Taking to her Twitter on a more positive note 11 days ago, Coleen said: "Our gorgeous little Boy arrived today!! Kit Joseph Rooney .... 8Ib 1oz. We are all over the moon!! (sic)"