Wayne Rooney's wife Coleen Rooney has admitted she would like to add a daughter to her brood but says she has her hands full at the moment with her three young sons.

Coleen Rooney would like to have a daughter with her husband Wayne Rooney. 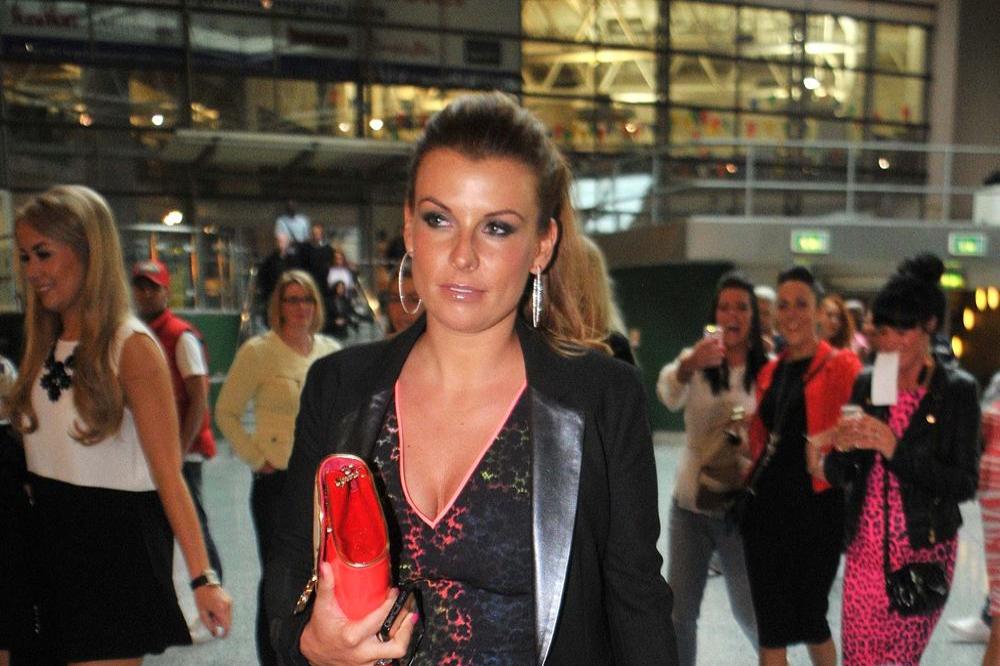 The 31-year-old star - who has sons Kai, seven, Klay, four, and Kit, 18 months, with her soccer ace spouse - admits she'd love to add to their brood of boys with a little girl one day.

She said: "I can imagine having a girl. I've got a massive family so I'm around girls as well as having boys myself.

"I'm not desperate, but a girl would be nice as part of the family.

She added: "It's not something I'd be upset about or dwell on.

"I'm happy with the boys and I've got plenty of friends and family who I can always treat to a nice dress.''

Despite imagining a future that includes a little girl, Coleen insists the couple aren't trying for a baby just yet as she's busy with the boys.

She told New magazine: "I'd never say never but I've got my hands full at the minute.

"I wouldn't rule it out though."

She said: "I don't think that he uses his mind that much.

"Wayne doesn't put the rubbish out. He will put things away after himself. He's not messy, he's just... I can't rely on him to do anything.

"He forgets to do things I ask him. I'll say, 'Will you post that letter on the way to training?' A week later, the letter will still be in the car or his bag.

"He doesn't help with the housework."

However, Coleen - who has been with Wayne for 15 years and married him in 2008 - conceded her spouse does help out with the children and is happy to read bedtime stories while she "sorts the baby out".

But the footballer has been "banned" from attending the kids' sports matches by his wife because his presence is too distracting and their sons end up upset.

Coleen explained: "Tournaments can be a bit of a headache.

"One day, Wayne came to a match and he spent the whole time taking photos with kids, and at the end Kai said, 'You never even saw me play!'

"So I ban Wayne now from matches because Kai gets upset."