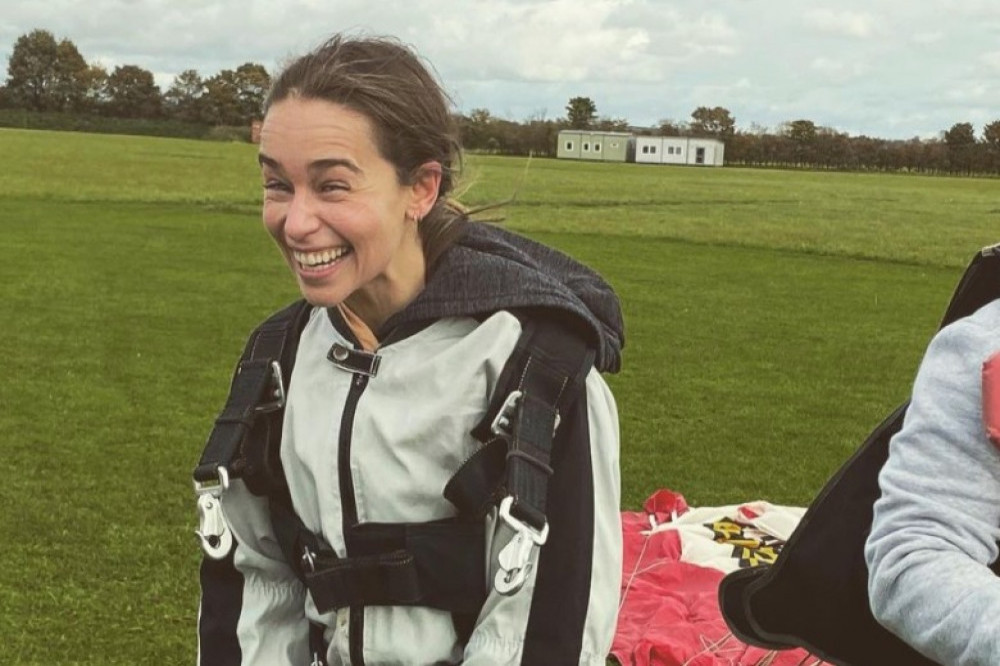 The 'Game of Thrones' actress completed the daredevil activity to mark her birthday on Friday (23.10.20).

She wrote on Instagram: "What could match the profound existential terror of another birthday? Jumping out of a goddamn plane is what ... #whosaysyoucanonlyflydragons? #freeeeeeeeeefaaaalllliiiinnnggggg #myfacialexpressionstellyouallyouneedtoknow #mymothermyhero #birthdaybluestakeapunch Thank you Hinton Sky Diving for the most exhilarating experience of my life! (sic)"

It comes after Emilia admitted she was in “consistent fear” of having “another brain aneurysm” following her 2011 health scare.

The actress went straight back to working on the HBO show eight years ago after having emergency surgery following a brain aneurysm, and said she developed anxiety whilst on set because she was constantly worried she would have another aneurysm.

She said: “I had the consistent fear that I was going to have another brain aneurysm. I spent a lot of time just being like: ‘Am I gonna die? Is that gonna happen on set? Because that would be really inconvenient. And with any kind of brain injury it leaves you with a fatigue that’s indescribable. I was trying so hard to keep it under wraps.”

Emilia’s condition was so sensitive at the time, that she even had to bow out of a scheduled interview after filming a scene for the show in a hot desert in Croatia, because she had developed “heatstroke”. But the actress says she “never put self-health first” whilst filming the popular fantasy series, because she didn’t want to let anyone down.

She added: “In all of my years on the show, I never put self-health first, which is probably why everyone else was worrying, as they could see that. They didn’t want to work me too hard. I was like: ‘Don’t think I’m a failure; don’t think I can’t do the job that I’ve been hired to do. Please don’t think I’m going to f*** up at any moment.’ I had the Willy Wonka golden ticket. I wasn’t about to hand it in.”

Emilia eventually did suffer a second aneurysm in 2013, and previously said she wanted to “disappear” following her health scares.

She said: "I do feel like the brain haemorrhages are the literal, physical embodiment of what it is to be attacked on social media, because I didn't want to look anyone in the eye, and I didn't want anyone to recognise me. I wanted to disappear completely, to wipe myself off the face of the earth, because I couldn't handle the level of interaction. Because I felt totally laid bare, totally vulnerable."