Gwyneth Paltrow avoids hangovers with a special vitamin cocktail - or by tucking into a cheeseburger. 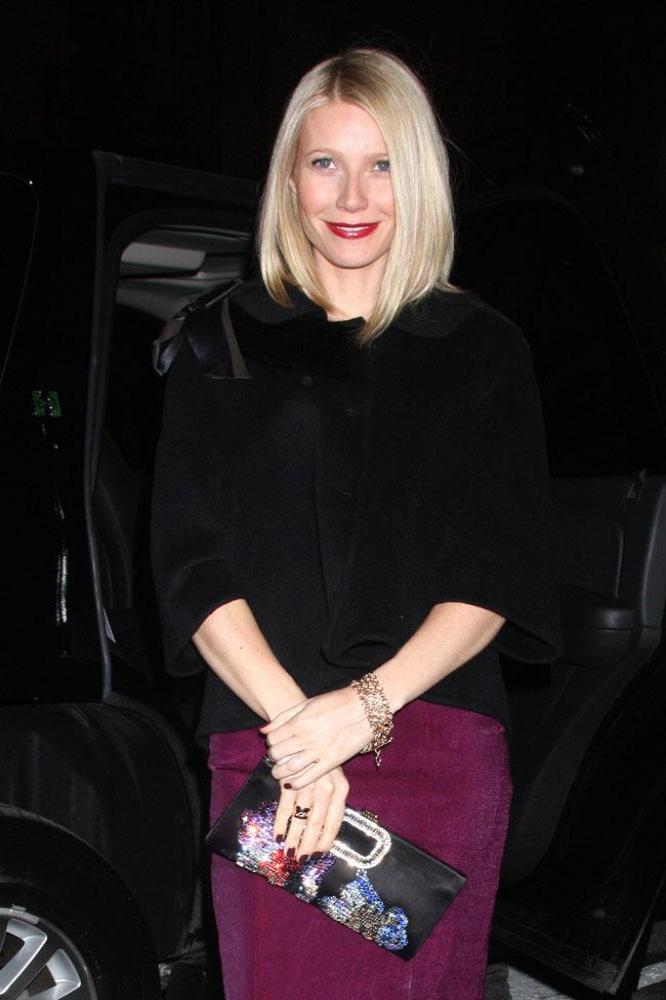 The 'Iron Man 3' actress - who has children Apple, nine, and Moses, seven, with her husband, Coldplay frontman Chris Martin - usually drinks a special vitamin cocktail to ward off the ill effects of alcohol, but if she forgets, she indulges in a "greasy" snack to help herself feel better.

Asked for her hangover cure, she said: "I have a few. When I remember, before I go out, I drink this pre-drinking vitamin drink called Mercy. You drink it before and it minimises the hangover. But if I forget, then something greasy, like a cheeseburger and fries."

The 41-year-old beauty also confessed to having a crush on 'Speed' star Keanu Reeves when she was younger.

Appearing on talk show 'Hello Ross', she said: "When I was like 15, I was madly in love with Keanu Reeves. He still is gorgeous, but when I was 15, my mom, who's an actress, she was doing a television thing and her make-up artist was dating Keanu Reeves. I got a signed Polaroid and it was on my desk, on my pin-board for years."

However, Gwyneth insisted these days few people make her star-struck - apart from people her children admire.

She said: "I'm so old now ... I could meet, like, Oprah and be like, 'What's up?' ... But if I meet someone that Apple or Mosie loves, I get totally starstruck. I stopped Demi Lovato on a plane and was like, 'Can I have my picture with you?'"