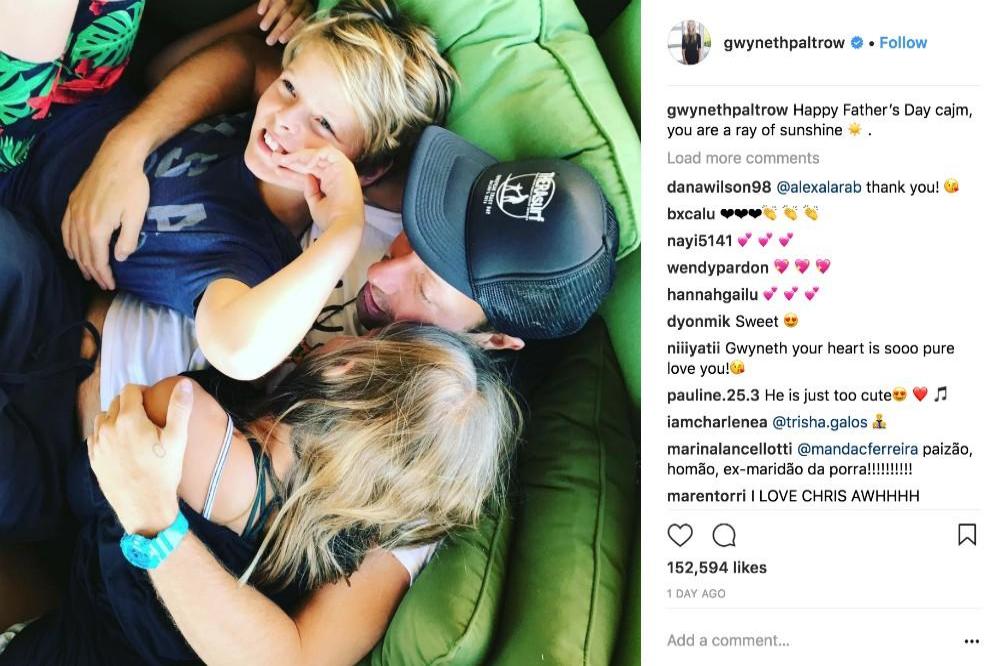 The 45-year-old actress has 14-year-old daughter Apple and 12-year-old son Moses with her former husband Chris, and although she has no children with her current fiancé Brad - who has daughter Isabella and son Brody from his previous marriage to Suzanne Falchuck - she still took the time to post two separate Instagram posts praising each of the men in her life.

On the post dedicated to Coldplay frontman Chris - which featured the 41-year-old musician cuddling his two children - the 'Iron Man' actress wrote: "Happy Father's Day cajm, you are a ray of sunshine. (sic)"

Whilst for Brad, 47, Gwyneth shared a photo of all four children plus the couple themselves sat in a helicopter, with the caption: "Happy Father's Day @bradfalchuk You are extraordinary. (sic)"

Gwyneth and Chris married into 2003 before their famous "conscious uncoupling" in 2014 and eventual divorce two years later.

And whilst the pair might have parted ways, they've remained close friends to co-parent their brood, and the 'Mortdecai' actress revealed last month that she feels "lucky" to not be at loggerheads with her former spouse.

The blonde beauty also insisted she "can't imagine" ever being in love with Chris, after having referred to him as her "brother" several times since their split.

Asked if she "remembers being in love with" Chris, Gwyneth replied: "No. not at all ... I can't imagine that at all."