The Vamps' baby faced singer James McVey got asked for ID when he was trying to buy some cold medicine.

James McVey got asked for ID to buy some over-the-counter medicine. The 26-year-old musician revealed he went to buy some Lemsip - used to combat colds and the flu - when he was asked to provide proof he's over the age of 18 and able to buy the remedy.

The baby faced star didn't reveal whether he had anything like a driving licence or passport with him, but simply tweeted: "I just got ID'd for Lemsip."

One follower seemed to sympathise with the salesperson for asking how old the Vamps guitarist is.

The 'Somebody to You' hitmaker is unlikely to be too annoyed by the inconvenience as he continues to focus on planning his wedding with fiancée Kirstie Brittain.

The loved up couple are set to tie the knot in Dorset next year, and he revealed although they would both like a more intimate ceremony, they have a lot of friends and family they won't to celebrate their special day with.

He recently said: "I had no idea how much organising is required. We'd have liked a small wedding but we have a lot of family and friends.

"It will be great, but won't change much. We knew early on that we were meant to be together."

When it comes to wedding planning, James previously admitted preparations are well under way, but earlier this year he was worried he may have lost their wedding bands already.

He revealed: "The ring has just been posted to my house and it wasn't there by the time I left ... I'm worried there's this ring somewhere in the ether. If I've lost the ring Kirstie is gonna kill me!" 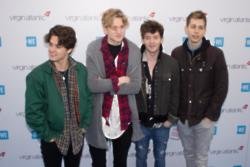 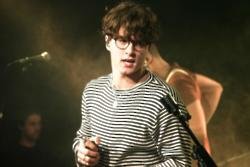 The Vamps team up with Krept and Konan on Right Now 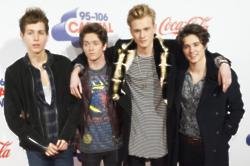