Jessica Simpson set to turn memoir into a movie

Jessica Simpson is planning to turn her new tell-all memoir 'Open Book' into a movie that will tell the story of her career and life.

Jessica Simpson wants to make her new tell-all memoir into a movie.

The 39-year-old singer-actress releases her autobiography 'Open Book' - which has been guided by the journals she has kept since the age of 15 - in February and she is hoping to turn the tome into a biopic about her career as a pop star then actress and her life away from the spotlight.

The book delivers "love, laughter, tears and truth in every page" including all the details of her marriage and divorce from Nick Lachey, and union to second spouse, former NFL star Eric Johnson, 40, and their life with their kids, daughter Maxwell, seven, son Ace, six, and 10-month-old baby girl Birdie.

A source told the new issue of National Enquirer magazine: "It's been a while since Jessica had any offers she likes so she decided to take things into her own hands and produce her own film."

If the movie gets the go-ahead it will be the first time Jessica has been involved in a cinema project since she appeared as herself in Mike Myers' 2008 comedy 'The Love Guru'.

Making good on her promise to offer a tell-all account of her life, Jessica has been completely honest in the pages of her book about what happened between her and Nick - who is now married to TV host Vanessa Minnillo - and how their fairy tale romance came to a shuddering end.

The 'Irresistible' hitmaker admits the pressures of fame and starring in their own MTV reality TV show 'Newlyweds' after their 2002 marriage took their toll and led to her asking for a divorce in 2005 because they were no longer functioning as a couple.

Writing in her book, Jessica reveals: "Nick loved the fact I was so strong in my faith and that I had this wide-eyed innocent approach to life. When he proposed in 2002, I said yes.

"We were young and pioneering our way through reality television, always mic-ed and always on. We worked and we were great at it but when it came time to being alone, we weren't great at it anymore.

"We really got crushed by the media and by ourselves. I couldn't lie to our fans and I couldn't give somebody hope that we were this perfect golden couple." 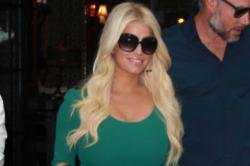 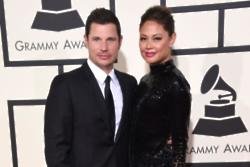 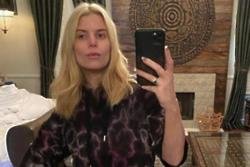