Kat Von D has tied the knot to her "best friend" Leafar Seyer, confirming the news by taking to Instagram to show off their matching wedding bands. 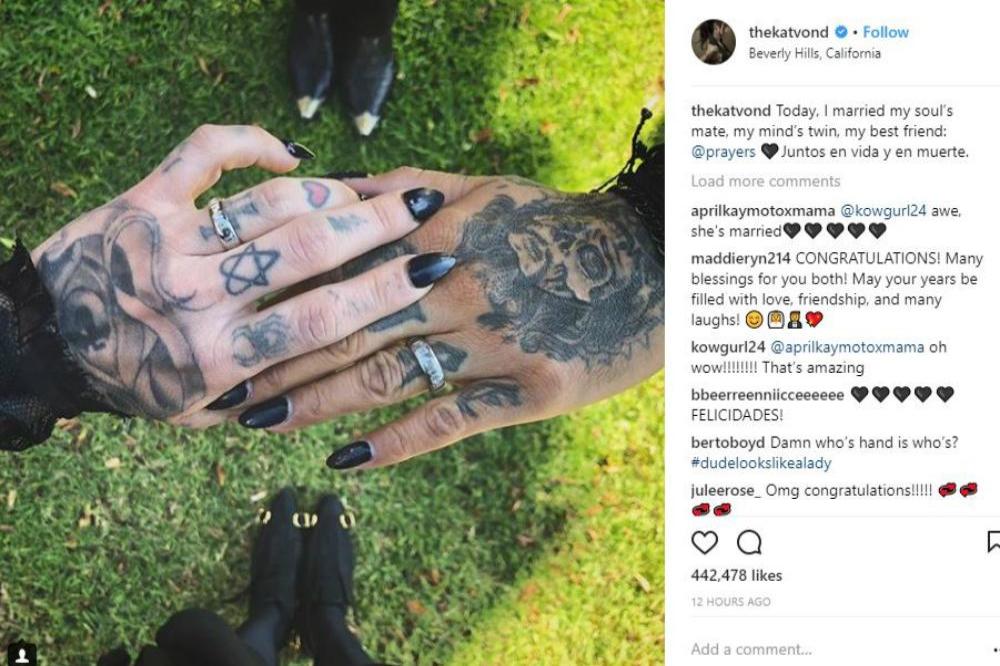 The 35-year-old tattoo artist has tied the knot with the Prayers singer and she confirmed the news by taking to her Instagram account to reveal she has wed her "best friend", alongside a picture of their matching wedding rings.

Leafar, 42, shared the same picture on his Instagram page and admitted Kat was the girl of his "dreams".

He wrote in the caption: "Today I married the girl of my dreams [ En Vida Y En Muerte ] (sic)"

The happy couple both wrote "en vida y en muerte" on their posts, which means "in life and in death" in Spanish.

As well as their wedding bands, the pair also had matching black manicures for their big day.

The former 'LA Ink' star - whose full name is Katherine von Drachenberg - married fellow tattooist Oliver Peck in 2003 but they split in August 2007 and she went on to date Motley Crue bassist Nikki Sixx a year later.

She got engaged to Jesse James in January 2011 following his failed five-year marriage to Sandra Bullock, but by September that year they had split.

Kat later got engaged to Deadmau5 in December 2012 but they confirmed their split in June 2013.

She is best known for starring on 'LA Ink', which followed the goings on at High Voltage Tattoo studios in Los Angeles, from 2007 to 2011, and also featured Corey Miller, Hannah Aitchison and Kim Saigh. 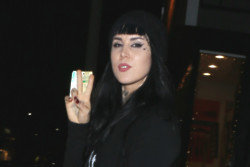 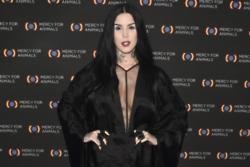