Kate Hudson believes she is psychic.

The Hollywood actress, who explores black magic in new movie 'The Skeleton Key', claims everyone has a sixth sense.Kate - who also reads fortune-telling tarot cards - said: "I'm not afraid of that kind of stuff.I think everyone's psychic.

It's just believing in your intuition".Meanwhile, the star has confessed her breasts have shrunk since having her first baby.The stunning actress, who gave birth to son Ryder in January last year, admits breast-feeding has left her boobs smaller than before she got pregnant.She revealed in an interview with Britain's Elle magazine: "It's the ex-udders They're all dried up That's what they feel like.

"But I like my boobies I like not having big breasts There's something sexy about it for me There's nothing in my way". 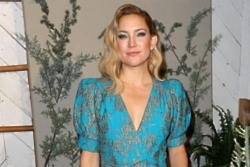 Kate Hudson: 'Covid-19 pandemic has been challenging for self-care' 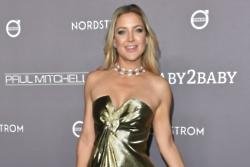