Keanu Reeves 'prudent' on his bike

Keanu Reeves is more "prudent" when it comes to riding his motorcycle now that he's older as he sustains more injuries.

Keanu Reeves is more "prudent" when it comes to riding his motorcycle now that he's older. 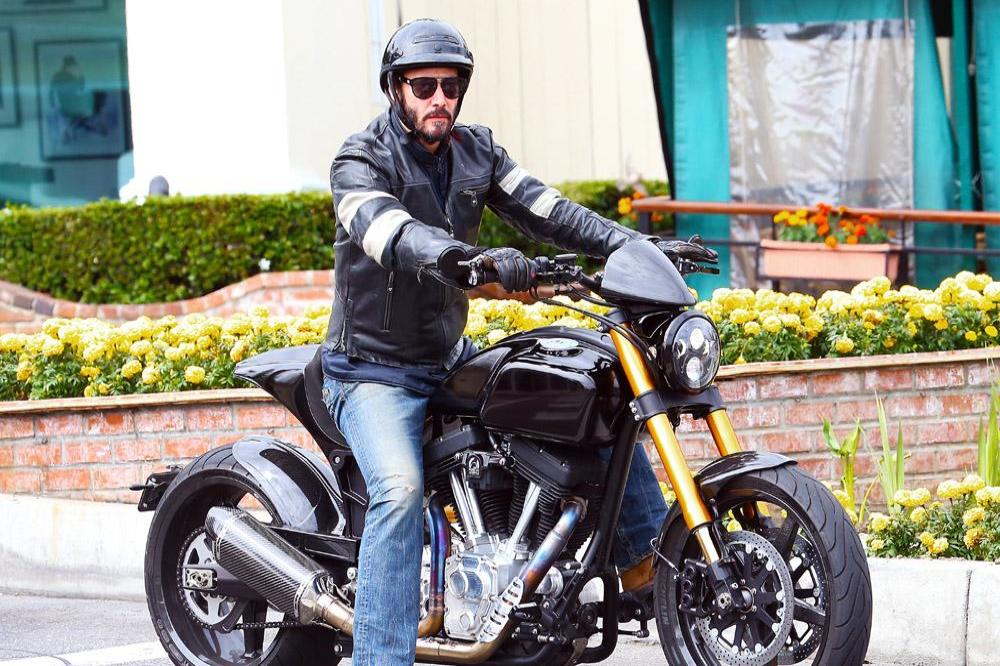 The 52-year-old actor has been an avid fan of motorcycles since he was 22, and despite saying he went "very fast" when he was in his youth, the 'John Wick: Chapter 2' star admits his older age, coupled with a variety of nasty injuries - including a burst spleen which left him hospitalised for "a week" - has meant he now takes more care when he dons his helmet.

He said when asked how fast he rides his motorcycle: "When I was younger I went very fast. Now I'm getting older and I've had some crashes. I broke some teeth. I burst my spleen and I was in the hospital for a week. I broke my ankle. But everything's okay.

"Now that I'm older I'm more prudent but sometimes I still go fast. I go to the race track. I love it."

And 'The Matrix' actor says his love for riding motorcycles - which led him to start his own motorcycle company Arch Motorcycle - comes as he developed a passion for the "sense of freedom" that the high speeds gave him.

He said on stage at the Sanremo Music Festival: "I started riding motorcycles when I was 22 and I loved it. It was something that had a sense of freedom. The wind, the air, the sound. I fell in love and so I started a motorcycle company, Arch Motorcycle. Yeah I ride my motorcycle every day."

It's not the first time the 'Point Break' star has gushed about his love for riding either, as in 2015 he was offered the chance to ride his own custom bike on the Suzuka race track in Japan, which he described as "incredible".

He said at the time: "[It was] like the best dream you could possibly have ... Incredible ... Just a real honour and something that I could never imagine in my life, to be here and to be riding a motorcycle with my partner and the designer of the motorcycle that I love is very special."