Kim Kardashian received a fake lock of Marilyn Monroe’s hair from Ripley's Believe it or Not, says an expert. 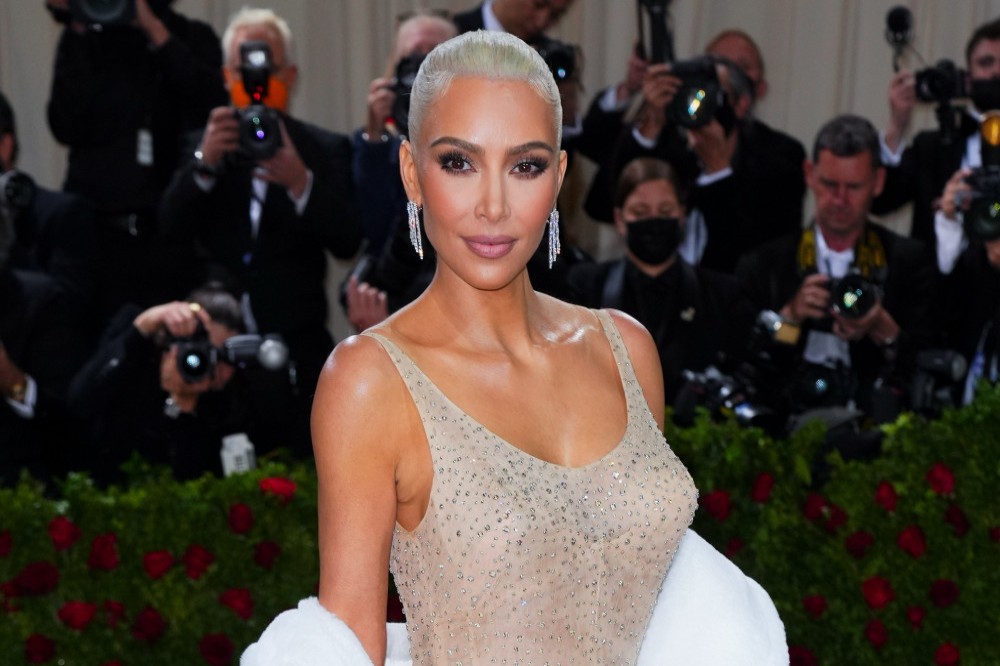 Kim Kardashian got a fake lock of Marilyn Monroe's hair, says expert of the late icon

Scott Fortner, a historian and collector of the ‘Some Like It Hot’ star refutes that ‘the Kardashians’ star was presented with a real piece of Marilyn’s hair by Ripley’s Believe It Or Not.

This comes after they presented the 41-year-old mogul with a “silver box that contained an actual lock of Marilyn’s iconic platinum hair” at a fitting for her look at the 2022 Met Gala; the sparkly nude illusion gown - designed by Bob Mackie - that the ‘Gentleman Prefer Blondes’ star wore to serenade US President John F. Kennedy on his 45th birthday in 1962.

In response, Kim said: “This is so special to me. Thank you so much this is so cool.”

Scott - collector of the The Marilyn Monroe Collection - responded to the company’s Instagram post with a fact check.

Referencing Ripley’s own website, Scott pointed out alleged falsehoods presented, such as a screenshot of an article that promised “an exclusive look” of Kim getting ready stated that the lock of hair “has been authenticated by John Reznikoff” and that it was chopped off by hairstylist Robert Champion.

Scott believes that Marilyn’s stylist on that night was Kenneth Battelle and explained his reasoning with a receipt..

He wrote in the caption: “One could assume the hair given to KK was part of this lot of hair that was cut by Robert Champion ‘just prior to her MSG performance. News Flash: Robert Champion did not cut and style Marilyn’s hair for the JFK gala. It was actually the one and only ‘Mr. Kenneth’ who had the honours. Battelle is responsible for Marilyn’s famous hairstyle from that night, as documented by a receipt from Lilly Dache Beauty Salon.”

Scott has spoken out since about the reality television personality’s decision to sport the dress at the Anna Wintour planned bash since the dress was made to “precisely match every curve” of Marilyn’s frame.

He said: “While I understand the appeal of wanting to wear such an iconic gown, it can’t be dismissed or overlooked that anyone other than Marilyn Monroe wearing the famous ‘Happy Birthday Mr. President’ dress might be cause for concern for several reasons. The dress was custom-made for Marilyn Monroe.

“Marilyn stood nude as the fabric for the dress was literally sculpted to her body to precisely match every curve,” he continued. “The fabric, which is a flesh-colored soufflé gauze imported from France, was layered strategically so she wouldn’t need to wear undergarments.”