Lindsay Lohan is still wearing her engagement ring, even though she publicly accused her fiance of cheating on her with a "Russian hooker" last month.

Lindsay Lohan is still wearing her engagement ring, despite accusing her fiancé of cheating. 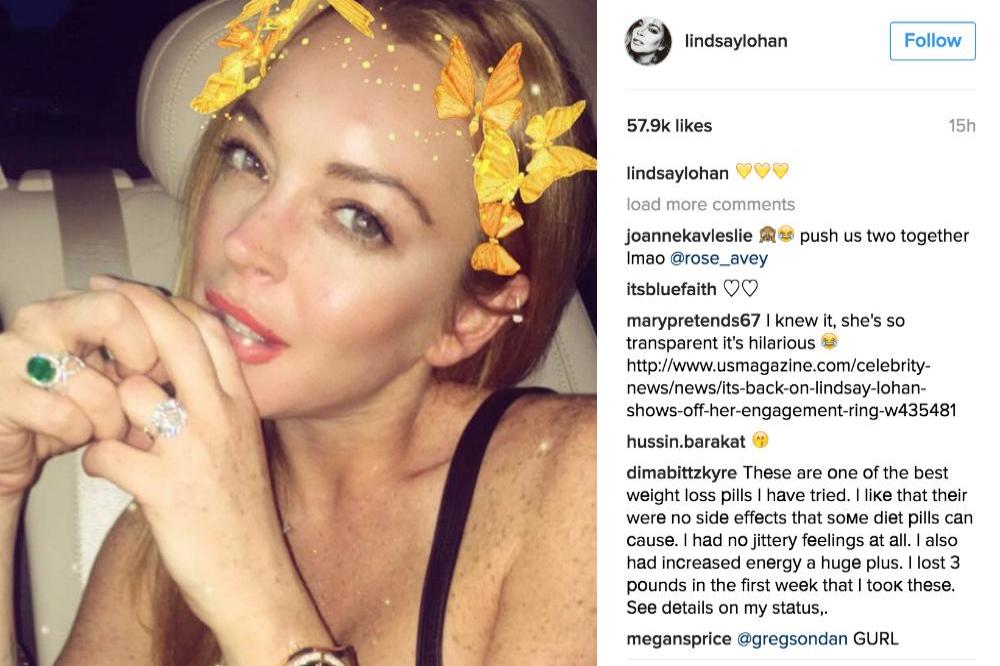 The 30-year-old actress posted an image on her Instagram account earlier today (22.08.16) showing off her previously-removed emerald engagement ring, just one month after her relationship with fiancé Egor Tarabasov seemingly came to a halt following an apparently violent row.

However, it doesn't look like the wedding is officially back on, as the 'Mean Girls' star was wearing the emerald dazzler on her other hand.

Her ring finger was still sporting another flashy ring that she was seen buying after the breakdown of her relationship.

Lindsay recently admitted she is "scared" of Egor after a photograph has since emerged showing the duo fighting on a beach on the Greek island of Mykonos, where they travelled last month to mark her 30th birthday.

Lindsay has accused Egor of being abusive towards her, saying: "I realise now you can't stay in a relationship just for love.

She said: "Egor drank too much and he went crazy."

The pair have not seen each other since, but Lindsay admits to feeling unsafe.

She explained: "I've kept quiet for so long but now I'm scared of what Egor might do to me and to himself'

"It's not the first time. That's the problem. But this time, someone saw. I didn't call anyone, I've dealt with enough police in LA. I just left the house and went to the Connaught [Hotel] for the night."

Despite this, Lindsay has contacted Egor and suggested the two could still reconcile their differences.

"I know I'm not an angel but I've tried to fix things. It's down to him now. I had suggested we go for couples' counselling but there comes a time when I have to put myself first, my family, and also think about my career which I've worked so hard for. I also don't want to let my fans down by not being the strong woman I have become."