Machine Gun Kelly says he was left bloodied by a champagne flute after trying to clink it in a toast.

Machine Gun Kelly says he was left bloodied by a champagne flute after trying to clink it in a toast. 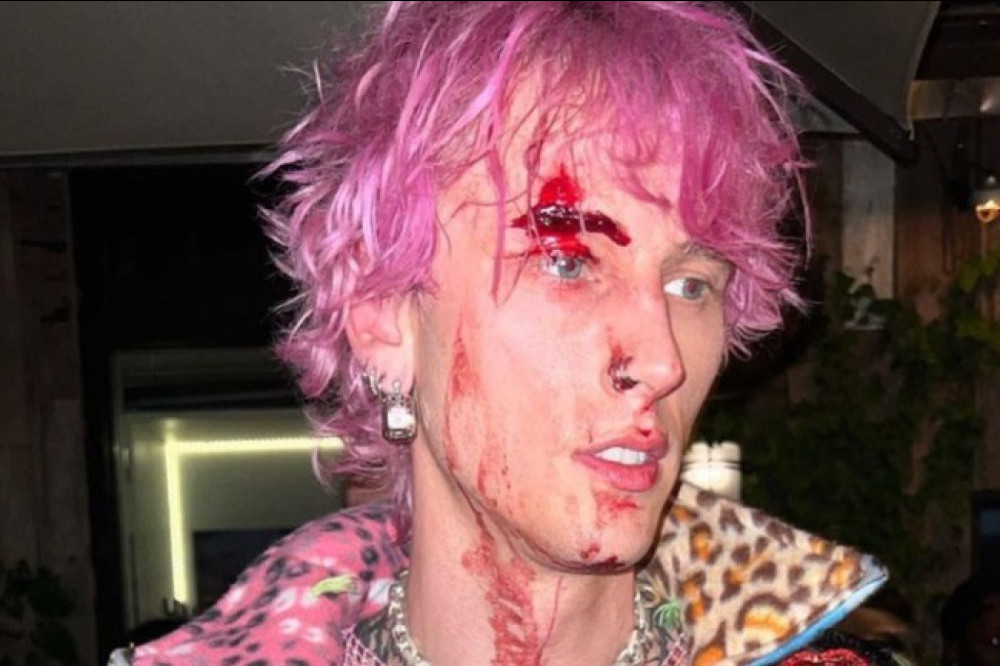 The singer, 32, shouted “I don’t give a s***” before smashing the glass against his face during an after-party at Catch Steakhouse following his Madison Square Garden concert in New York City on Tuesday night. (28.06.22)

MGK – born Colson Baker – has now admitted he “feels like s***” after it left him with a gash above his eye.

Appearing on ‘Late Night with Seth Meyers’ on Wednesday night (29,06.22), a cut could still be seen above his eyebrow as he chatted with the 48-year-old host.

MGK told comedian Meyers he didn’t have a fork to make the traditional gesture of clinking it against the champagne flute, so he decided to smash the glass into his head to grab the crowd’s attention.

He said: “You know when you clink a champagne glass with a fork to kind of (get people’s attention)? Yeah, well, I didn’t have a fork, so I just clinked it on my head.”

Meyers joked: “You know, in medicine, that call that ‘asking for it’.”

MGK concurred, saying: “Yeah, so I had a serious case of that last night.”

Despite admitting he was left feeling “like s***”, MGK appeared in high spirits on the show, dressed in a trademark garish outfit of grey sparkling trousers and a pink satin shirt.

He was seen leaving the steakhouse after-party on Tuesday with his fiancé Megan Fox, 36, holding her hand before they headed home.

The incident comes after MGK revealed he attempted suicide on the phone to the ‘Transformers’ actress.

He admitted he put a shotgun in his mouth on the call during a paranoid meltdown and only avoided taking his life as a shell got jammed in the barrel.

Speaking in his new Hulu documentary ‘Life in Pink’, he said about phoning Fox while she was shooting a film: “I’m yelling on the phone and like the barrel is in my mouth. And I go to cock the shotgun and the bullet, as it comes back up, the shell just gets jammed. Megan’s like dead silent.”

MGK added support from Megan and his 12-year-old daughter Casie made him realise he needed to get help and “kick the drugs for real this time”. 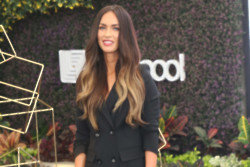 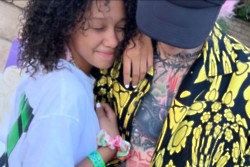