Madonna has insisted "size matters" when it comes to penises and she's "never been with" a guy with a small manhood.

Madonna has insisted "size matters" when it comes to penises. The 61-year-old singer - who was previously married to Sean Penn and Guy Ritchie and is currently dating 25-year-old backing dancer Ahlamalik Williams - joked on stage during her show at London Palladium that she had "never been with" a guy with a small manhood.

She said: "What do you call a man with a small penis? The answer is, I wouldn't f***ing know. I've never been with a guy with a small d**k.

"You know size matters, don't pretend that it doesn't."

The 'Material Girl' hitmaker - who has six children - made other raunchy jokes during the show, including claiming she finds her assistants on gay dating app Grindr and catching a sexually-transmitted disease from fans.

After swigging an audience member's beer, she said: "There you go, we have just shared STDs."

Madonna even made a crude joke about composer Mozart.

She said: "You know they say that the eyes are the window to the soul. And I believe that.

"However, I think that you are all forgetting about a more important window."

She then opened her legs as classical music played and said: "That's right ladies and gentleman, this is what it's like to have Mozart come out of your p***y. Don't be jealous. I'm pretty sure he's dead."

Madonna has cancelled various shows on her tour due to injury and admitted on stage things were "not good in the knee and the hips" and asked for a chair to be brought on stage at one point.

She quipped: "Normally, I kneel for about 20 minutes here. I've been told I'm very good at it."

Madonna 'pens a screenplay about her rise to stardom' 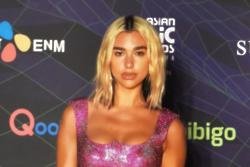 Dua Lipa on working with Madonna and Missy Elliot: 'It was the most incredible experience' 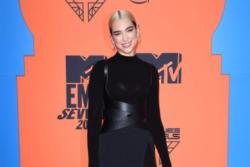