Hollywood is mourning the loss of late acting legend Ed Asner, who died peacefully at the age of 91 at the weekend.

Mark Hamil and Eric Stonestreet have led tributes to the late Ed Asner. Asner played the role of Lou Grant in 166 episodes of the former landmark CBS sitcom between 1970 and 1977.

And his co-star, Hamil, 69, was among those to honour the star following the news of his passing.

He captioned a GIF from a famous scene in the show: "A great man...a great actor... a great life. Thank you Mr. Asner. #RIP."

Stonestreet, 49, worked with the 'Up' star on 'Modern Family' and admitted it was a huge honour.

He tweeted: "He played one of the best characters in television history. I was honored that I got to work with him, a fellow Kansas Citian, on Modern Family. Rest In Peace, sir. (sic)"

'Star Trek' star George Takei, 84, wrote: "Ed Asner, who won seven Emmy awards including five for the unforgettable role of Lou Grant, has passed away. He was a giant on the screen, and a philanthropist, too. A man of true heart and talent. He will be missed."

Actress Mia Farrow, 76, admitted it was a "privilege" to know the Hollywood legend.

She wrote: "To know Ed, even a little, was a privilege. You could not find a more honorable person. He will be missed. Love to his wonderful family. (sic)"

He tweeted: "RIP to a legend. It was an honor for the entire Cobra Kai family whenever Mr. Asner visited our dojo. His sense of humor was contagious both on and off camera. Here he is keeping things light on our very first day of production. My deepest condolences to his loved ones. #edasner (sic)"

Asner's family confirmed his death in a statement on his official Twitter page which read: "We are sorry to say that our beloved patriarch passed away this morning peacefully. Words cannot express the sadness we feel. With a kiss on your head- Goodnight dad. We love you." 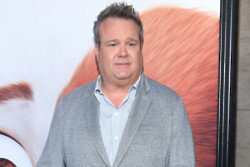 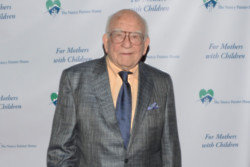 Elf, Up and The Mary Tyler Moore Show star Ed Asner has died