Matt Damon and wife Luciana, who married in 2005, will renew their wedding vows in a lavish ceremony this weekend.

Matt Damon will renew his wedding vows this weekend.

The 42-year-old actor and his spouse Luciana - who raise four daughters, Alexia, 14, Isabella, six, Gia, four, and two-year-old Stella, together - will hold a star studded celebration at the Sugar Beach resort in St. Lucia with friends including Ben Affleck and Jennifer Garner.

Matt - who married Luciana in a small ceremony in 2005 - has rented out the entire hotel for the weekend's festivities, to which Michael Douglas and Catherine Zeta-Jones have also been invited along with Brad Pitt and Angelina Jolie.

It was recently claimed that the couple had used an alias to hire out the resort.

One staff member said: "The hotel was booked under a different name to Damon.

"We were told that it was a Mr. and Mrs. Naff getting married.

"We then heard that it was Matt Damon and they had been using a false name to stop their secret being found out.

"He was here two months ago to have a look around. A big yacht moored by the beach and he came into the resort." 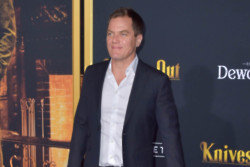 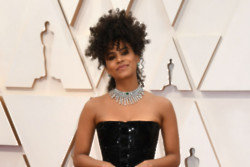