Matt Willis quit alcohol because he knew he'd get dumped on his wedding day by now-wife Emma if he turned up drunk.

Matt Willis quit alcohol because he knew he'd get dumped on his wedding day if he turned up drunk. The Busted star has been candid about his battle with addiction in the past and he's admitted the "trigger" for him getting sober was knowing his relationship with now-wife Emma Willis would be over if he didn't beat the booze.

He told 'The Wagon' podcast: "I was getting married and I think the trigger for me was that I was going to turn up for my wedding off my head.

"Guaranteed, and there's no two ways about it, she won't marry me!"

Emma - who has Isabelle, 10, Ace, eight, and four-year-old Trixie with Matt - previously insisted she would never have left the 37-year-old musician because of his drinking and always had faith he would "help himself" one day.

She said: "I wasn't going to leave him because he had a problem. I wanted to help him, but he had to help himself and I believed he would."

The former 'Big Brother' host believed it was their daughter Isabelle that changed things for Matt.

Matt was 17 when he found fame in Busted but Emma thinks his problems stemmed from more than just getting rich and famous at a young age.

Asked what advice she would give to someone else in her position, she said: "I wish I knew, I'd make a bloody fortune. I'm not an addict, so it's a really hard thing to understand.

"Then your relationship progresses and you realise that there is a real issue, and it's not just a young kid who has got a lot of money very quickly. But until he realised it had to change, there's nothing I could have done. Nothing." 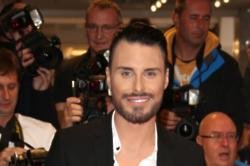 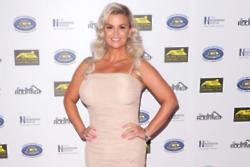 Kerry Katona for The Circle? 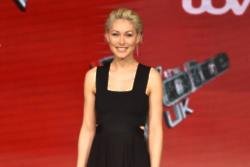