Nicolas Cage sees "positives in every negative", as he says he has no regrets because "everything leads to something".

The 56-year-old actor has insisted there's nothing he regrets about his life, because he believes "everything leads to something", and there's both highs and lows in everybody's life.

He said: "I don't have any regrets because I think everything leads to something.

"I do see the positive in every negative and the gold in every bit of lead."

If he had to alter something about his life so far, the 'Colour Out of Space' actor would tell his younger self to "keep it simple" when it comes to the "quest for life experience", as he admits he put too much on his plate at once.

Asked to give his younger self advice, he said: "I would've said just perhaps keep it simple in terms of your quest for life experience. Maybe simplify it a little more so that it doesn't eclipse your work.

"I had wanderlust. I wanted to go everywhere, see everything, and experience everything. If I had a little less of that, I could've focused more on the work itself."

Last year, Nicholas got married for the fourth time to Erike Koike, but their marriage lasted just four days before the 'Mandy' star filed for an annulment, claiming their union was based on fraud as his partner hadn't mentioned her criminal history or a relationship with another person.

And following on from the annulment, Nicholas - who has also been married to Patricia Arquette, Lisa Marie Presley, and Alice Kim - admitted he was heartbroken over the way things ended.

The 'National Treasure' star - who has 29-year-old son Weston with ex-girlfriend Christina Fulton, and 14-year-old son Kal-El with Alice - said: "There was a recent breakup. I don't really want to talk about it. I was pretty upset about that and the way things happened."

Colour Out of Space is in cinemas and On Demand from 28th February. 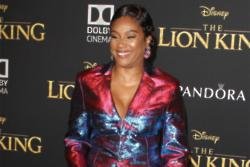