Offset thanks fans after being detained by police

Rap star Offset has reached out to his fans after being detained by police in Beverly Hills.

Offset has thanked his fans for their support after being detained by police officers on Saturday (24.10.20).

The Migos rapper was involved in an incident with the police in Beverly Hills amid accusations he was seen carrying a gun close a Donald Trump support rally, but a rep for the music star has now reached out to his fans to thank them for their support.

Offset followed and complied with officers while guns were drawn on him, according to his rep, who also claimed that the rap star was given conflicting instructions by the officers.

The incident happened during an Instagram Live video, capturing the attention of his online followers, but Beverly Hills Police Department subsequently released a statement confirmed the 28-year-old rapper - who is married to Cardi B - was not arrested.

However, Marcelo Almanzar - Cardi's cousin - was arrested for carrying a concealed weapon and carrying a loaded firearm in public.

During his disagreement with the police, Offset claimed his car was attacked with a flag.

The rapper - who has Kulture, two, with Cardi - also said: "I'm not going to move my hands from my steering wheel.

"You know who I am? Offset from the Migos. They got fans, that's why they're following me." 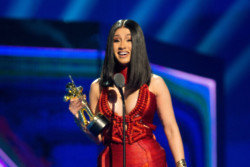 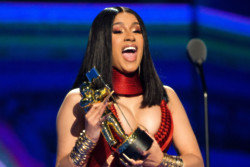 Cardi B wants daughter to understand the world 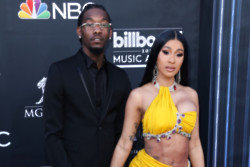 'This is ridiculous': Cardi B shows off husband Offset's extensive sneakers collection