Phoebe Tonkin feels "more confident" following her split from Paul Wesley in 2017, as she says it allowed her to pursue new life and career goals. The former 'Vampire Diaries' star dated her co-star Paul for four years until their split in 2017, and has said the split allowed her to find her self confidence, and move on to focus on different aspects of her life and career, such as directing her first short film 'Furlough'.

Speaking to InStyle Australia this week, she said: There's a lot of change, but it's good change. I'd gone through a breakup last year and I wanted to branch out and explore other things and ['Furlough'] felt like the perfect opportunity to do that. Everything has sort of fallen into place ... I just feel more confident [now] in myself and in my passions."

Phoebe turned 30 last month and said she would love to continue to be "creative, travel and eventually have kids and a family", although she's currently just excited to start a "new chapter" of her life.

She added to the publication: "For now, though, it feels kind of momentous to be turning 30 and to be in a new city. [I'm] really just excited to begin a new chapter in my life."

Phoebe and Paul began dating in September 2013, and enjoyed a four year on-and-off romance before splitting in October 2017.

At the time of their final split, a source said: "The relationship just ran its course. They are still good friends."

Meanwhile, it was recently reported that 37-year-old Paul has tied the knot with his new beau Ines de Ramon, after pictures of the pair wearing matching rings on their ring fingers surfaced online in February.

Paul - who was also previously married to his 'Killer Movie' co-star Torrey DeVitto from April 2011 to July 2013 - was first reported to be dating Ines in June 2018. 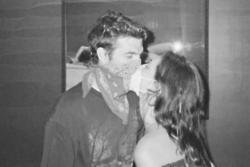 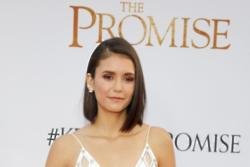 Nina Dobrev: My feud with Paul Wesley was blown out of proportion 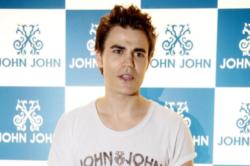