Prince Harry has urged people to look after their "mental fitness" as he launched a new campaign for the Rugby League World Cup.

Prince Harry has urged people to look after their "mental fitness".

The 35-year-old prince has helped the Rugby Football League (RFL) - of which he is patron - launch a new initiative aimed at training players, officials and volunteers to look after their own mental health and that of those around them by speaking candidly in a new video, insisting there is no need to "grin and bear it" when it comes to our wellbeing.

The video was shared on Twitter by the Rugby League World Cup 2021 account, who wrote: "#RLWC2021 are proud to become the first global sporting tournament to launch a Mental Fitness Charter.

"Find out what the initiative includes and what RFL Patron, HRH, The Duke of Sussex, has to say on the charter."

In the accompanying video, Harry - who announced last week he and his wife Duchess Meghan are to take a step back from royal life - stressed the importance of being "mentally strong" as well as "physically fit".

He said: "It is not just about being physically fit but more importantly mentally strong.

"The perception of rugby league is that you need to be tough. You can't show your feelings, you need to grin and bear it.

"So, I am proud to support the Rugby League World Cup 2021 Mental Fitness Charter. This Charter will build on the brilliant work already happening in rugby league by committing to training and educating all those involved in the tournament, and the wider rugby league family, not only in how they can look after their own mental fitness but also support others to do the same."

The video was posted ahead of Harry's first public engagement since his bombshell announcement, which will take place at Buckingham Palace on Thursday (16.01.20) afternoon.

will meet representatives from the 21 nations taking part in the Rugby League World Cup and also host the draw for the men's, women's and wheelchair tournaments. 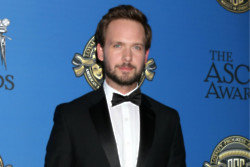 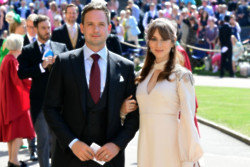 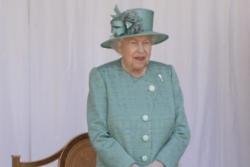 Queen Elizabeth cancels all major events due to coronavirus pandemic