Raven-Symoné has married Miranda Pearman-Maday, as she says her life has been "changed for the better". The former 'Cosby Show' star took to Instagram on Thursday (18.06.20) to reveal she tied the knot with her girlfriend Miranda earlier this week, as she said her life has been "changed for the better".

In a series of posts on the social networking site, she wrote: "So something happened this week, that has changed my life FOR THE BETTER!

"I got married to a woman who understands me from trigger to joy, from breakfast to midnight snack, from stage to home. I love you Mrs. Pearman-Maday! Let's tear this world a new asshole!!! I's married NOW

"Thank you to all those who helped and for those who understand why it was small during this time. (sic)"

Miranda also commemorated the special occasion on her own Instagram account, where she shared a video of herself and Raven-Symoné - whose full name is Raven-Symoné Christina Pearman - sharing a sweet kiss.

The blonde beauty also shared several pictures from her wedding day on her Instagram Story.

Meanwhile, Raven-Symoné - who also starred in the Disney Channel hit series 'That's So Raven' - previously retired from showbusiness in 2013, but came out of retirement in 2015 to become a co-host of 'The View'.

And she eventually returned to her Disney roots in 2017, when she appeared in the sitcom 'Raven's Home'.

The actress - who has previously described herself as a "human who loves humans" - felt welcomed and appreciated by Disney.

She explained at the time of her return: "Disney understood me.

"They knew it's not about my sexual orientation. It's about having fun, it's about family, it's about comedy, it's about good content. I love them forever for embracing me." 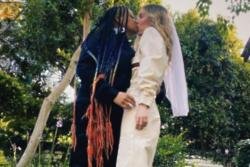 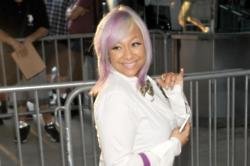 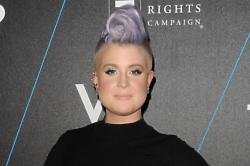