Simon Pegg has admitted he stole a Starfleet badge from the set of 'Star Trek Into Darkness' despite tight security surrounding the pricey props. 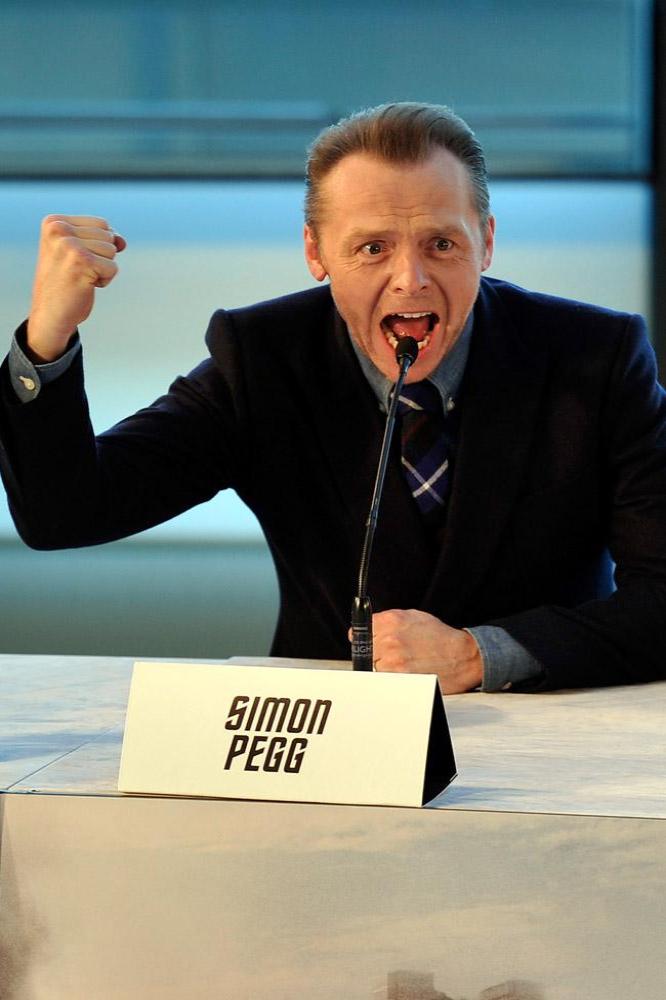 Simon Pegg stole a Starfleet badge from the 'Star Trek Into Darkness' set.

The actor - who plays Enterprise engineer Montgomery 'Scotty' Scott in the space saga - couldn't resist keeping a memento from his work on the film, despite tight security surrounding the pricey props, and stole the badge his character wears on his uniform.

Speaking to BANG Showbiz at the 'Star Trek Into Darkness' press conference at City Hall in London on Thursday (02.05.13), he said: "On the first film, every day we'd hand back our badge and I had a Starfleet ring, communicator, phaser ... You'd hand it in to an armed before at the end of the day before you could leave the set.

"This one, I stole my badge. It was on my costume when I got back to my trailer and it's a beautiful little brass thing. And I put it in my bag."

Turning to the film's director, J.J. Abrams, the actor joked after admitting his secret: "Yeah! What are you gonna do?"

Despite managing to get away with one theft, Pegg admits he would have loved to snatched another prop - the phaser guns used by the space voyagers.

He said: "The production design on this film is extraordinary - it's so detailed and beautiful and every prop is like a wonderful toy. I got to carry a phaser this time and that was like a dream come true. If I could've stolen that I would, but I was wrestled to the ground by a large woman."

Spock actor Zachary Quinto also took home a keepsake from the set, holding on to the prosthetic pointy ears his character is famous for.

He said: "During the first movie, in addition to handing in our accessories at the end of the day, we would also cut up every pair of ears that I wore and throw them into the garbage - which I felt was just so wasteful. In the second movie, I asked politely and kindly if I could preserve a couple for my own collection of ephemera, which I did. I have a couple of pairs of ears."