Actress Tamera Mowry has revealed she hasn't seen her twin sister Tia in six months because of coronavirus restrictions. The 42-year-old actress and Tia have not seen each other in person for more than half a year, with coronavirus restrictions keeping them apart.

Tamera - who starred alongside Tia in the sitcom 'Sister, Sister' - told 'Entertainment Tonight': "I still haven't seen her, physically.

"I live in Napa and then there was a surge in LA, and right when we were actually going to head up there, there was a surge in L.A. and it wasn't wise for all of us to go there … we were going to meet up, [Tia’s] working on 'Family Reunion' and the time, it didn't work. But I know for a fact when we see each other we're just, we're gonna cry."

In March, Tia admitted to feeling emotional about being separated from her sister during the pandemic.

She did, however, reveal they'd been in touch with each other via Zoom.

She shared: "Every two weeks, we Zoom each other and we have happy hour. We have a glass of wine, we talk about what's been happening. I mean, we text almost every other day.

Tamera also admitted that she and her sister have never been apart for so long before.

"And it sucks, because with COVID, and when you're working on a set, they are so particular. It's more like a skeleton crew now, so it’s insane." 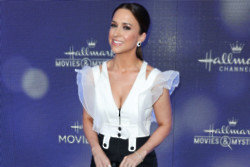 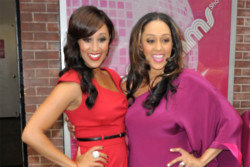 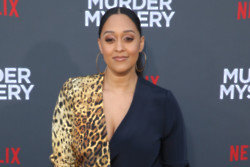