Tom Brady feels lucky he and Gisele Bundchen "get to do everything together" and says he loves the supermodel "to death."

Tom Brady feels lucky he and Gisele Bundchen "get to do everything together."

The New England Patriots footballer, who has been married to the 35-year-old Brazilian supermodel since 2009, considers her to be his "best friend" and feels "fortunate to be in a relationship with someone that you love to death and you love doing anything with."

The couple, who have two children, Benjamin, five, and Vivian, two, together, were forced to deny rumours their relationship was on the rocks over the summer, shortly before Tom won his 'Deflategate' appeal, stemming from accusations he was involved in tampering with the air pressure in NFL game balls last year.

Aside from Gisele, the 38-year-old athlete also has a close bond with 'The Martian' actor Matt Damon, 43, who he first met over a decade ago.

He told Yahoo! Style: "He's a good friend. I've known him for a long time actually. I was in a movie with him. It was called 'Stuck on You'. I played a very, very minor part."

While Tom has also appeared in a small number of TV shows, including 'Entourage,' he only does it for fun.

He said: "I would not consider myself an actor, but I've done acting roles and I've enjoyed it." 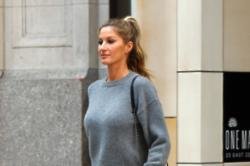 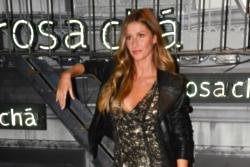 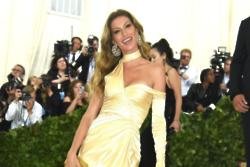