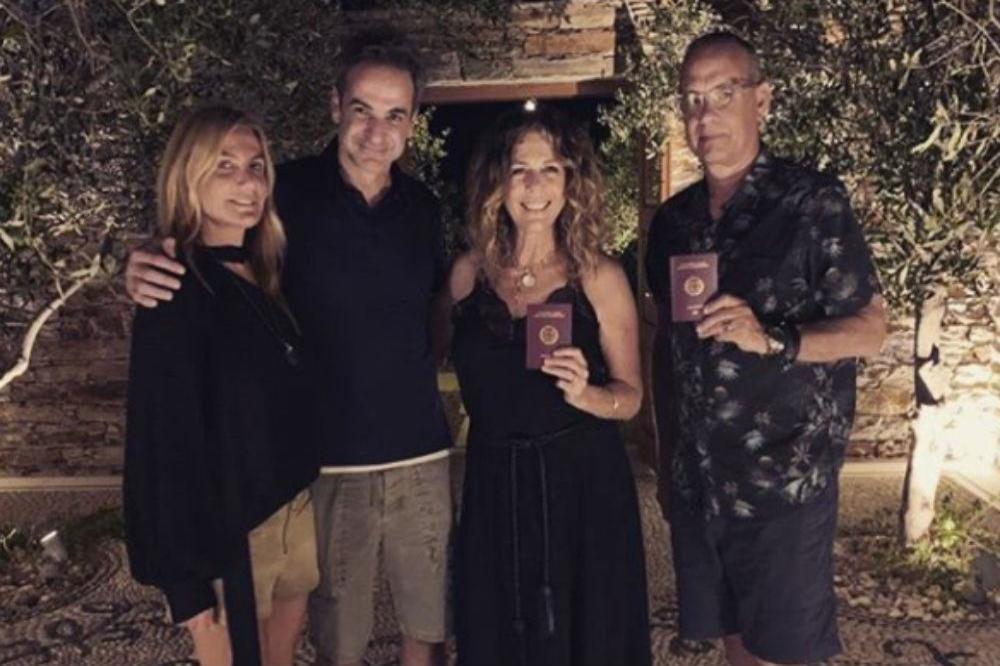 The 64-year-old actor and his wife Rita Wilson have both officially become citizens of the European country, with Greece's Prime Minister Kyriakos Mitsotakis marking the occasion with an Instagram post.

Alongside a photograph of himself and his wife Mareva Grabowski with the stars, he wrote: "@ritawilson @tomhanks are now proud Greek citizens! [Greek flag emoji] (sic)"

Tom and Rita, 63 - both of whom were born in California - have been awarded Greek passports and naturalisation documents by officials.

Greece has also extended citizenship to their entire family.

Rita is of Greek descent through her mother, Dorothea, and the couple - who own a property on the island of Antiparos - recently visited the country to celebrate Tom's 64th birthday.

Meanwhile, Tom and Rita were both diagnosed with coronavirus while in Australia earlier this year.

The 'Forrest Gump' star subsequently admitted the illness left him feeling exhausted, and revealed that Rita had a high fever and lost her sense of taste.

Discussing their symptoms, he said: "We had very different symptoms. She had a higher fever than I did. She had horrible nausea ...

"We were eating takeout food that I thought was delicious. It was savoury goodness. It had butter sauces. It had come from a thing, highly recommended joint. And she was saying, 'This tastes like oatmeal to me.' I thought she was insane.

"I had bones that felt like they were made out of soda crackers and bone-crushing fatigue."

Tom also confessed to being shocked by their diagnosis.

The acclaimed actor admitted: "We had no idea how it could have happened or where."

Tom has recently implored his fans to wear face masks in public to reduce the risk of spreading the disease.

He said: "If you can't wear a mask and wash your hands and social distance, I've got no respect for you."