Tyga has been hospitalised in Abu Dhabi, just days after saying that he felt "under the weather" at a gig.

Tyga has been hospitalised in Abu Dhabi. Tyga has been hospitalised

The rapper - who just a few days ago was saying he was feeling "a little under the weather" at a gig - has been taking to social media to give fans updates on his health.

He wrote alongside one of the images: "Thank you to the doctors in Abu Dhabi for treating me w the best care. (sic)"

Tyga, whose real name is Michael Ray Stevenson, is yet to reveal why he was admitted to hospital, but he has been touring the world and performed at the Diriyah Music Festival in Riyadh, Saudi Arabia, on Saturday (30.11.19). Tyga then travelled to Abu Dhabi to perform as part of celebrations marking the weekend's F1 Grand Prix.

This came just 24 hours after he took to the stage in Mumbai, India, where he told the audience that he wasn't feeling too well.

According to the Times of India newspaper, the 30-year-old rapper said at the time: "This is my first time in Mumbai, and I just love it here. I am a bit under the weather, but I thought to myself that this is my first gig in Mumbai and I cannot cancel it for my fans' sake. And you know what? It's totally worth coming all the way from Los Angeles and performing for you all."

The 'Light It Up' hitmaker, who previously dated Kylie Jenner, is scheduled to perform at the Barclaycard Arena in Hamburg, Germany, on Monday night (02.12.19). It remains to be seen whether or not Tyga will go ahead with the gig. 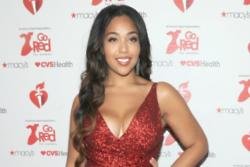 Jordyn Woods: My kissing scandal with Tristan Thompson made me 'who I am today' 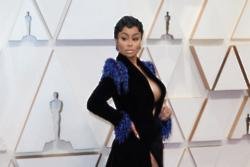 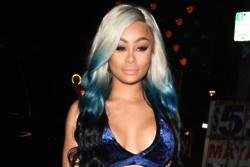