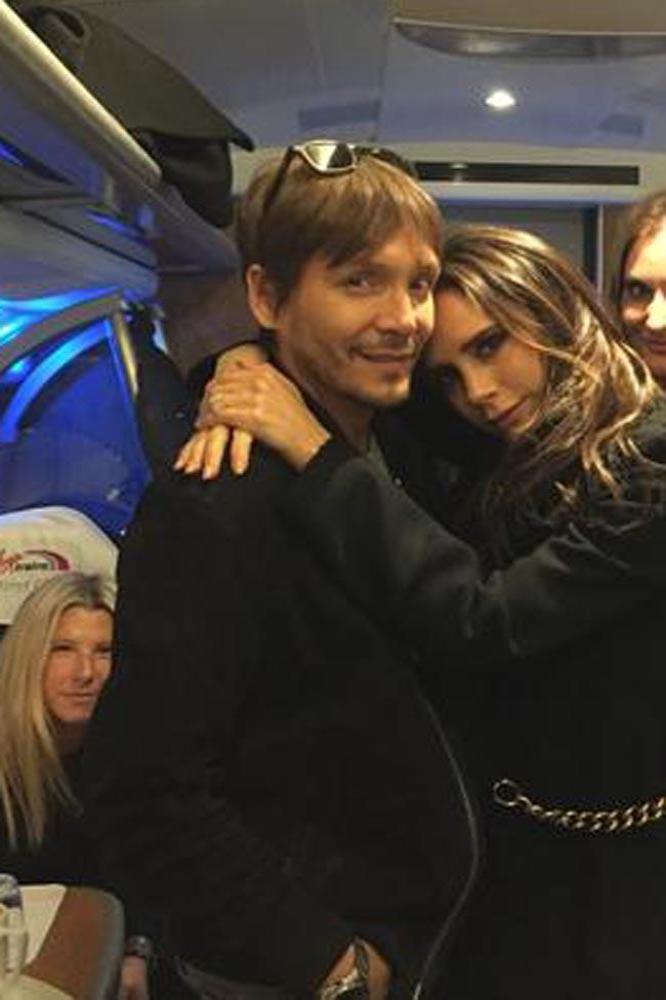 The 40-year-old fashion designer decided not to have a chauffeur-driven car to take the train with friends including hairdresser Ken Paves. She was travelling from London to Manchester, North West England, to promote her new clothing line in the city's Selfridges department store and opted for an different mode of transport.

Tweeting a picture from the first class carriage of the Virgin train, she wrote: "Manchester we r on our way! Who is photo bombing @kenpaves and @sarahluceroglam????#whoisshe???? #SelfridgesExchange (sic)"

After she got off the train she posted again on Twitter with a picture of herself surrounded by bags.

She was happy to be back in the place she first met her now husband and wishes she could spend more time there.

She told the Manchester Evening News newspaper: "I think Manchester has a lot of style, a lot of culture and is such an exciting place to be. The people I have met here over the years have been incredibly stylish both in clothes and in attitude.

"I don't get back as much as I would like to! It's hard with four children at school and a business to run in London to travel across the UK as often as I'd ideally want to." 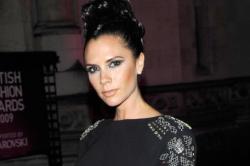 Victoria Beckham: Exercise to me is like brushing my teeth