Vince Neil won't be jailed for attacking an autograph hunter.

The former Motley Crue rocker was accused of lashing out at a woman on April 7, grabbing her by the hair and pulling her to the ground outside the Aria hotel in Las Vegas, and his lawyers, David Chesnoff and Richard Schonfeld, represented him in court on Wednesday (19.10.16) to enter a guilty plea on a charge of misdemeanour battery.

According to TMZ, the 55-year-old star - who could have faced a six-month jail term - will have to pay $1,000 and spend six months on informal probation, as well as undergo impulse control counselling.

The unnamed victim has also sued Vince for at least $150,000 and that case is still pending.

The incident sparked a row between Vince and his friend Nicolas Cage, who had been having lunch together when it took place.

After the altercation, the pair walked out of the hotel, and the actor could be seen trying to calm down his pal.

Nicolas was heard shouting: "Stop this s**t now", before trying to restrain Vince.

It was previously reported that the woman - who had approached the 'Face/Off' star for an autograph - had been "left stunned, and suffered a sore neck ... as well as pain in her lower back and hip" after Vince allegedly grabbed her by the hair from behind and pulled her to the ground.

The 'Girls, Girls, Girls' singer has a long history of legal troubles, including being sentenced to 30 days in jail in 1984 after being charged with vehicular manslaughter and driving under the influence of alcohol following a car accident which killed Hanoi Rocks drummer Nicholas 'Razzle' Dingley.

He was arrested in 2002 for punching record producer Michael Schuman and sentenced to community service, and the following year pleaded no contest to battery charges relating to the alleged assault of a sex worker.

In 2004, an arrest warrant for misdemeanour assault was issued for Vince after a fight during a show left a soundman unconscious.

He was sentenced to 15 days jail and 15 days house arrest for drunk driving in 2010, and the following year paid a $1,000 fine after accepting a plea deal for misdemeanour disorderly conduct following an altercation with former girlfriend Alicia Jacobs. 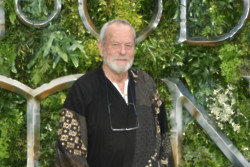 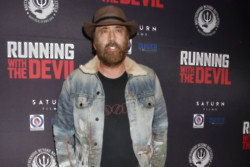 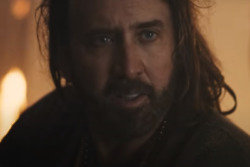