Wayne Rooney pays tribute to wife Coleen on her birthday

Wayne Rooney has paid tribute to his wife Coleen on her birthday with a heartfelt post on social media.

Wayne Rooney has paid tribute to his wife Coleen on her birthday. 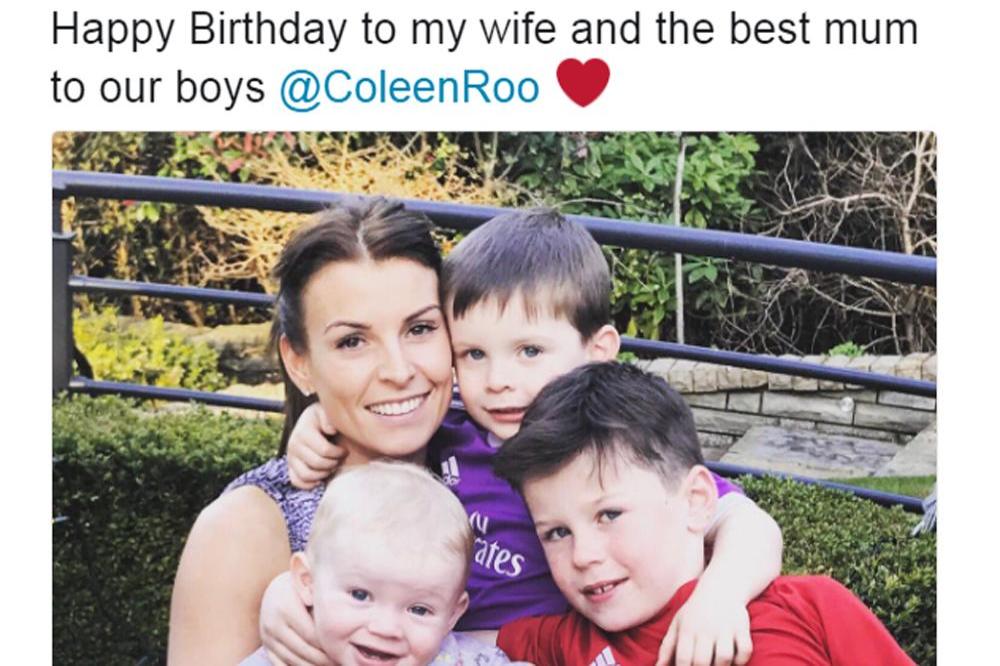 The 31-year-old professional footballer has shared a heart warming post on social media to celebrate his partner's 31st birthday on Monday (03.04.17), which saw him praise his spouse as the "best mum" to their children Kai, seven, Klay, three, and 14-month-old Kit.

The sporting ace posted a picture of the brunette beauty cuddling her brood on his Twitter account, which he captioned: "Happy Birthday to my wife and the best mum to our boys @ColeenRoo (sic)" alongside a red loveheart emoji.

Coleen enjoyed her birthday celebrations over the weekend, which saw her enjoy a "nice meal" with her husband at Tattu Restaurant and Bar in Manchester.

Alongside a romantic picture of the couple cosied up to one another at the Chinese restaurant, which sees Wayne sport a red and black patterned shirt, and was shared on Wayne's photo-sharing site, he wrote: "Nice meal last night to start @coleen_rooney birthday celebrations (sic)."

This is not the first time Wayne has gushed about his wife on social media as last week to celebrate Mother's Day he declared his love and gratitude to Coleen.

He shared a picture of the 'Passion for Fashion' author with their three kids, and wrote: "Happy Mothers Day @coleen_rooney. Thanks for everything you do for us, we love you (sic)."

Although Wayne has publicly declared his affection to his partner on a number of occasions over the past month, Coleen doesn't think she or her beau are "really romantic".

Speaking previously, she said: "No, not so much, neither of us is really romantic. He used to be when we were younger, when we had more time on our hands.

"But I don't know whether I'd want a really romantic husband.

"We enjoy each other's company and we've lasted together, which is good."