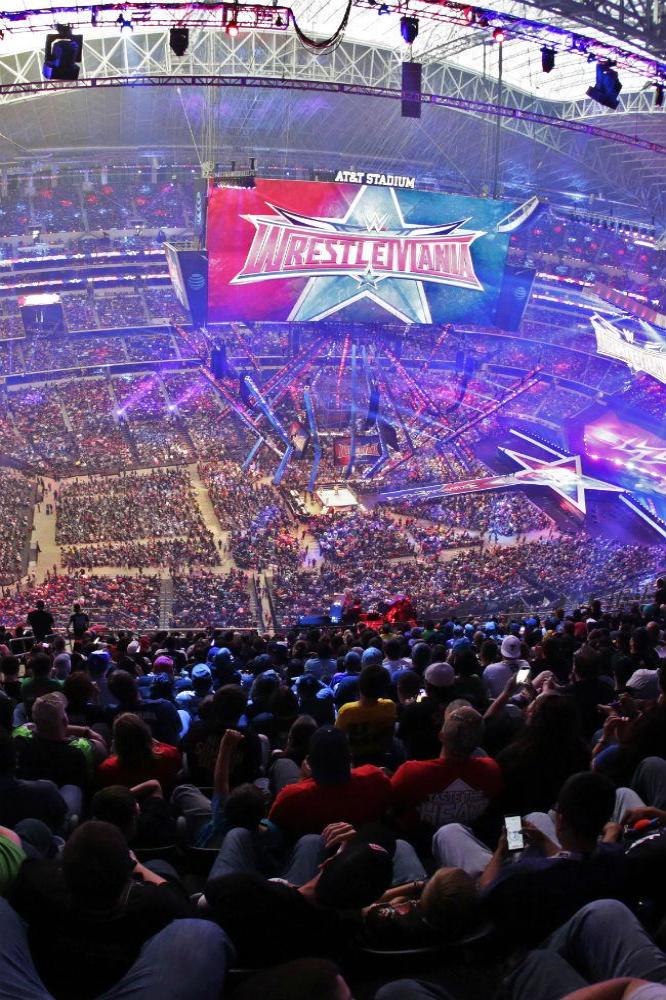 The live event, which took place at the AT&T Stadium in Arlington, Texas, attracted 101,763 attendees, beating the previous record held by WrestleMania 3 in 1987, where 93,173 fans filled the Pontiac Silverdome in Detroit.

The event saw The Rock and John Cena reunite in the ring to take down Bray Wyatt and his family.

WWE Chief Brand Officer Stephanie McMahon said: "We are thrilled that we made history tonight at WrestleMania, further cementing its place as one of the top sports and entertainment events in the world. We thank our fans, the Dallas Cowboys and the entire Jones family for their overwhelming support."

Dallas Cowboys Chief Brand Officer Charlotte Jones Anderson added: "On behalf of the Dallas Cowboys organisation, we congratulate WWE on their historic achievement. WrestleMania was an incredible spectacle like none other, and we look forward to hosting it again at AT&T Stadium."

WrestleMania 33 will take place on Sunday, April 2, 2017 from the Orlando Citrus Bowl in Orlando, Florida.

Vacation Friends sequel in the works