EMPLOYEE OF THE MONTH

Who do you play in the film?

What is the story of the film?

I have been employee of the month for 17 months in a row and if I make it to the 18th month in a row Im going to set a record, Im going to win a 2005 Chevy Malibu and lifes going to be great.

How did you find working with the Director Greg Coolidge?

Hes all about finding the funniest thing each day and hes been really open to collaborating with the other actors, myself included, and it makes it 20 times more rewarding as an actor if you have some say in what the product is. It makes you take pride in what gets made - its a great thing, especially for a first time director to be comfortable enough to take input, its pretty amazing.

Why did you decide to do this film?

I had done a movie just before this movie where I was the straight guy and someone else got to come in and be the funny guy, and it wasnt as fun as I thought it might be. And I read this and I play the bad guy which is something I have never been able or been asked to do. And the bad guy in this is really funny and you get to act way crazier than you can normally act as a guy carrying the story line on your shoulders. So basically I get to come in and be the guy who falls over a lot and acts like an idiot and it just seemed really fun, and it has been really fun.

How did you find improvising in the film?

To be able to improv and find new stuff in a take has made it real fun. From the director to the producer they have all been very supportive of the improv which is great because Im much better when I get to say my own lines. 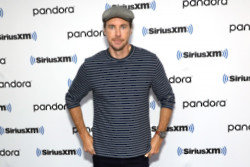 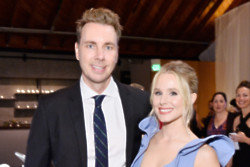 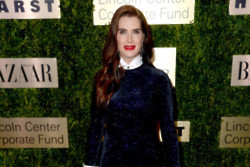