Sarah Wayne Callies was the envy of women everywhere when her Prison Break character, Dr Sarah Tancredi, got to kiss Michael Schofield, played by Americas newest heart throb Wentworth Miller. With the launch of Series Two box set on 21st May, Sarah tells us what its like being the only woman on set and how she feels about becoming a mother. Your character has a lot more involvement in Series Two, how did you find that They took really great care of me in the second year and I really appreciate that. To me its not the number of lines you get. Its more about the scope they give your character. I got to get out a lot more in the second season rather than being stuck in the infirmary the whole time, which was kind of cool. I also got to work with a lot more of the actors and I got to discover a lot more range of Sarahs emotional life. From grieving over her father, to trusting Lance to going through recovery to finding Michael, to losing Michael to finding Michael to losing Michael. All of that meant there was a lot of scope and that was really fun for me.So a lot more of the second series is filmed on location now they have broken out of the prison. What was that like? I enjoyed getting out of the prison. In fact I didnt see the inside of the prison the whole time I dont think. It was great that we got to explore and look around Texas and get to know another part of the country but at the same time there was something lovely about working at the prison every day. Partly because even if you didnt have scenes with certain actors you would still see each other coming a going. It was sort of an office that we would all check into so now there will be people that I wont have seen for months and thats too bad because I enjoy everyone I work with. I get on really well with everyone I work with. They are all really lovely.

When will Series Three filming commence

And how will the story continue

I dont know a thing and I dont know that anyone really does. Theres a lot of discussion going on right now about the direction thing will go in but I dont know that there is anything concrete. By the end of the last episode of the second season Sarah has got a lot of things to atone for and Id like to see her look squarely in the mirror and try and decide if she likes who she has become. I think the time has come for her to take a deep breath and evaluate and figure these things out.

Dr Sarah is quite and intense character. Do you ever find it hard to leave that behind after a long day filming

She and I have been together for a long time now. Its been a couple of years and I think Im used to putting it on and taking it off fairly fluidly but at the same time there is a sense that you want to leave it all on the field at the end of the day. Im usually tired at the end of the day and sometimes a bit disorientated but I think thats just a sign that I turned up at work. Also I dont work everyday so whereas Sarah will probably consume a day where Im working the next day I may be off and then thats all me.

There have been rumours that the producers plan to incorporate your pregnancy into the show. Is that true

No it would not be possible. The show moves too slowly. The first two series have only been eight weeks in terms of the real time of the story line so if Sarah is pregnant its not Michaels baby and thats a wrench that I dont think they need to throw into things.

So much. There was a couple of films I was offered recently but obviously Ive not been able to do at the moment with being pregnant but those would have been lots of fun.

I started in theatre so I would like to get back to theatre for a little while. I also think that as an actor what really gets me going is doing roles which are really far apart from each other so Id like to move in a direction thats very different from Prison Break.

Are you enjoying visiting England

I have a lot of family here and I lived here for a while when I was younger so for me being here is about catching up with people and what restaurants I want to make sure I hit and that kind of thing. Its quite bizarre I found myself on a plane here from Spain and after four days of getting rained on and the dietary restrictions of being pregnant and Im thinking I cant wait to get to England for the weather and the cuisine. Then I laughed and thought hang on thats not what people usually go to London for.

How are you finding pregnancy

Im enjoying it now but at the beginning it was very hard, especially while I was working and before I told anyone and I was really sick. There were a few days where Id sort of think one foot in front of the other and just get through it. Passing that initial trimester has been an adventure and change but its been an awful lot of fun too.

Are you looking forward to motherhood

Yes I am but I think Im appropriately terrified of it as well. Im fully prepared to fall flat on my face but I think its going to be a continuing adventure and change and one that Im certainly excited about.

Prison Break Series 2 is out on DVD from 21st May 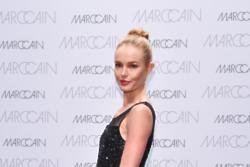 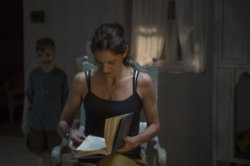 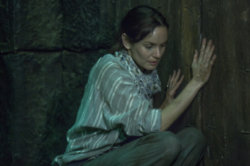 Sarah Wayne Callies Discusses The Other Side of the Door