*Does it feel weird talking about Nanny McPhee so long after you finished shooting?
Yeah, because even at the premiere you have to bring it back up again as if you did it yesterday.*How did you get the part?
Me and Emma Thompson did Love Actually, so at the premiere of that she said she wanted me to audition for this film of hers. So I went along to a couple of auditions so she could see different sides to me and I think from a call she gave me the part.*Did you get in to acting through your parents who are actors?
Yeah, that's why. I saw them in something, I think it was in Prague, they were doing something on Edgar Allan Poe, the poet, and I was back stage watching what was happening and I thought it looked really fun so I'd give it a go. I was ten. Then there was another actress who was also doing Edgar Allen Poe and she gave up acting because she wasnât getting enough work and became an agent. So we went with her because she knew us already but sheâs not a child agent, Iâm the only child on her books.*Is it true Hugh Grant is your cousin?
A lot of people have been saying that! I think he is my second cousin three times removed but heâs not a close cousin; heâs connected to my mum. But I hadnât net him before I did Love Actually.*Did you meet Colin Firth on Love Actually?
No, the first time I met him was at the premiere.*Did you enjoy working with him on Nanny McPhee?
Yeah, he was nice, he was playing our father so we had quite a close relationship.*Did you become quite protective of the little actors who played your siblings?
They were very little but Eliza played more that part. She was more the mum â because they can be quite annoying at times!*What was Kirk (Jones) like as a director?
He was great, very gentle, perfect for the kids, because a lot of them had never done anything before and they didnât know how to behave on a film set but Kirk was very gentle and never got cross.

*What sort of stuff did you do with your tutor in between takes?
It was all right because I have this tutor that I usually do films with and I try to get him in. It was only me and Eliza with this one tutor and that was great fun because I know him as a friend and not as teacher. I call him by his first name and not Sir and Eliza got on very well with him. Most of the time we just mucked around and had fun. Itâs better than school.

*Whatâs it like going back to school after a film shoot?
Thatâs very, very weird, every time. I can prepare myself but canât quite get used to it. Because you go from an atmosphere thatâs very different. At school youâre treated as a child and thatâs it. On a film set youâre treated as an actor, as a better person, which sounds awful but itâs true. Teachers are a higher authority in some ways. But I like that because it grounds me and I like my friends because they donât care and they know Iâve been filming and thatâs it, they donât care. And as soon as I start rambling on about it they tell me to shut up. And I like that because again that brings me back down and I donât want to get too far out there.

*Eliza was telling me about this great room on set they had to keep you all amusedâ¦
Yeah, it was the first time anyone ever did that because there were so many kids I think they felt they had to do something. They gave us books, television - the whole room was filled with stuff.

*And she was telling me about the guy who made smoothiesâ¦

That was the best thing about the whole shoot! That was amazing! Why he isnât a millionaireâ¦ every production company should have it in their contract to have him!

*Do you ever get nervous or does acting come quite easily to you now?
It always did. I never went to a drama school or anything I just gave it my best shot and everyone seemed to like it so I carried on doing it.

*Little kids donât have very long attention spans, do they, so was there lots of breaks in filming?
Yes there was but you have to do it anyway legally when working with children. But luckily in most of the scenes involving the little children they usually got to do something so they were quite enjoying themselves. They never really got bored because if they did that was kind of bad - you had to keep them entertained. The pranks were fun â I didnât get to do a lot of them but I got to catapult lumps of porridge, which was great fun.

*Was the food fight a laugh?
It was great and when turned the shot round on the kids the crew had crates of cakes - it was a real food fight. Putting those smelly clothes that we had to wear back on in the morning was horrible. But we couldnât eat any of them because they were all sprayed with stuff. So they were all sitting there looking nice, it was annoying!

*If you could have a food fight with any one who would it be?
I donât know. Maybe with my younger sister or everyone at school because I go to quite a big school!

*What was Emma Thompson like on set?
She was great. Again she was good with the kids, she helped them along and gave them advice. She became one of us to help us form a relationship. Iâd never really done an excitable child and sometimes I had to get in to it and get quite crazy and she tried to pull a performance out of me, which helped.

*Did you like your character?
Yes I did. I usually get those parts which are slightly set away, a bit weird, so I am good at that! I did like playing him. Because it was quite a long shoot â about 15 weeks â the longest Iâve ever done. And after that it becomes quite easy to switch, he becomes you, not when I go home obviously. But when Iâm on set I can easily switch. And actually with every character thereâs a bit of me within each character and I like that. And when I finish the shoot I miss the character but I know I have to put it away and leave it. And I did like playing Simon.

*Did you have someone following you around doing behind the scenes stuff for the DVD?
I think we did but they usually only stay for a few days or so.

*What advice would you give to young people trying to get in to acting?
Some people at school ask me that and I donât actually know because I got in via my mum and my dad. But get a few photos done and send a few off to some agencies. Thatâs probably the first step.

*I know youâve done another film with Colin Firth â The Last Legion - but have you got anything else lined up?
Yesterday I did my GCSE mock art exam. I just finished a whole week of exams so Iâm going to try and keep quiet and get my GCSEs out of the way. I might do something if anything small crops up but if not just settle down to school work.

*Did you like the costumes you had to wear on Nanny McPhee?
Everyone complained about them but I loved those stupid outfits! I never dress up at home. The only bit I didnât like was when it got covered in cake and that was gross. But before that I loved it â those little shoes and stupid hat that we had to wear for the wedding scene. 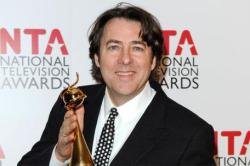