As Coca Cola launch their eco-friendly PlantBottle, sustainability warrior Wayne Hemingway chats about his latest campaign to show that something more than money can help on a rainy day.

To celebrate the launch of Coca Cola's new 100% recyclable plastic bottle, the eco designer and co-founder of the luxury label Red or Dead has created a limited edition umbrella.

"We're promoting the fact that if we could all recycle and put more bottles into the recycling system, then Coca Cola can make more bottles out of that rather than using petroleum," Wayne explains.

"We're showing this via an umbrella, which looks really cool and has a sugarcane inspired print on it. But more importantly it's made from five used Coke bottles, though you'd never guess by looking at it."

The umbrella design draws inspiration from Brazilian sugar-cane, which is one of the plant-based resources used in the new bottle packaging. As well as being the perfect accessory to any autumn/winter wardrobe, the umbrella carries an important eco message.

"I think it surprises people, because when you say to someone that it's made from five coke bottles they look at you as though you're a nutter.

"Quite clearly it doesn't look like that and then when you explain to them why, they actually say 'yeah, it is a bit daft throwing stuff away and not recycling when you can make stuff like this.' So this is a good way of getting the message across," he continues.

"Everything that we design has to have a forward thinking, sustainable element to it and working with a big corporation like Coca Cola you can get things done because they've got the economies of scale to do things properly, you can make real change working with them and it was just a no-brainer for us really."

One of the main issues when tackling ecoism is finding innovative ideas to interest people enough to help the cause.

"There is a footwear firm, Above and Below London, that are making shoes out of old underground and icon tube seating...I like things that are recognisable but have a message behind it," enthuses Wayne.

"Everyone does bags and there are lots of things out there that have become cliche and we'd not seen an umbrella used as promotional tool to help promote sustainability so it just seemed to make sense."

Wayne believes that it is not just designers and retailers that have a responsibility to encourage recycling but everyone. He says that when most people have children, they want it to be a better place for them to live and so should be helping to achieve this.

Ecoism is important to all aspects of life, including fashion. For some, buying a new wardrobe every season can mean expense and waste. Wayne's sustainability tip encourages people to give clothes to charity and shops and re-use clothes for different outfits with the help of good ideas and influencial fashionistas.

"There are those that don't just selfishly go out and buy the latest Armani or the latest Gucci. They're doing creative things with old stuff, but also wearing a bit of new with it, you can't go all the way sometimes," Wayne explains.

Sustainability is not just eco-rewarding but can be economically beneficial too.

"It's a challenge and the more you do it, the easier it becomes.

"It's more enjoyable when you're spending less money. Some people enjoy wasting money, we don't, we quite like saving money and being able to earn it and not just spend.

"You can substitute eco living with thrift in a lot of ways. The two go together, so if you can live a thrifty and caring lifestyle it is more enjoyable and you have more money to spend at the end of the month."

So how can we all do our bit for the environment and have fun in the process?

"The first thing is to start doing more things yourself. When you come to the end of using something, let's say a sofa and you're getting a little bored with it. Learn how to recover it yourself in a new fabric."

"It's also about keeping yourself busy, doing all those things. It's much better than slobbing out in front of the television."

Available at Harvey Nichols stores nationwide, from 12th September for a limited period only. £10 exclusive in-store offer, when you purchase any 500ml bottle of the new Coca-Cola PlantBottle™ range

For more info about the new packaging go to coca-cola.co.uk/plantbottle 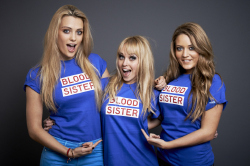 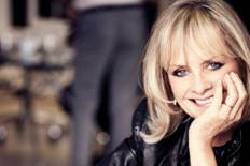 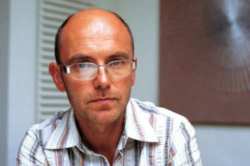