11. What will you miss most about the Chatsworth estate?

The people, the show is about a community and that was mirrored behind the scenes with the Shameless team. It was filmed in a massive warehouse with the exterior of the  houses built outside. So everything was, essentially in one building. Directors, producers, costume, make-up.  Script editors, editing suites, designers, carpenters everybody in one building. Honestly, the show was a massive team effort. I have, and will always refer to everyone as my Shameless family!

12. Do you miss seeing the cast of the show and being on the set?

Yes I do actually. I’m only now getting used to it. It was one of those things where I had a week of going, “Right… sooo… there’s no going up to Manchester” because normally I’d have a case with various things that would always stay in the case and I’d just add to it and take out. It was one of those things, I unpacked the case and I changed my hair and I had a ‘de-Avril’, if that makes sense. I miss Manchester and I miss the guys, occasionally we catch-up for a cup of tea if any of them are in London.

13. Was the show as fun filming as it was for us watching it?

Yes! And even in the bits that were really difficult to do we still found joy because you had to. Recently, in the episode Jason Orange appeared in, we were filming a festival scene at 2am and it was pouring down with rain. When it's raining on an outdoor shoot, we normally put those plastic headscarves on until just before the director calls " Action!" the rain doesn't usually register on screen. But that night it was a downpour of fat drops of rain. At that point the director said " let's just get wet guys!" so there we were at 2am, drinking pretend beer, dancing to house music, absolutely soaked through and loving it! We all just went for it!! That was the nature of the show!

14. You’ve won awards for your performance in ‘Shameless’ and other TV dramas. How does it feel to win these awards and after winning that amount of awards, are you still surprised when you win these awards or do you expect it now?

I was in shock! For this, I absolutely didn’t think I was going to win at all and it was really weird because they said, “And the nominees are… and they said the other names brilliant actresses I was up against and honestly, I didn’t even prepare a speech. And when they said, “the nominees are, Karen Bryson; Shameless” the room went nuts! And I looked at my husband and then they said, “And the winner is, Karen Bryson, Shameless” I just went, “Arghh!” I was in absolute shock! I didn’t prepare an acceptance speech. For me, it was an evening out in a nice frock. I was so pleased to be nominated! It was an amazing way to end my ‘Shameless’ experience. I was chuffed!

15. What has been the best part of your career so far?

One of the highlights has got to be ‘Shameless’ without a doubt. There’s been so many, the nature of the business is there are so many high and lows. Just before ‘Shameless’, I did Shakespeare, oh my gosh, that was terrifying! My background is theatre but I hadn’t done any in some years and I was planted in the audience to start off with and I can remember my first show with all the people who stand, I was planted amongst them – they had no idea I was in the show. I had a modern dress on and a hat on. I could remember thinking, “Oh my god, what’s my first line! Oh my god, what’s my first line?” I just had a panic, the minute I walked up those stairs someone actually tried to stop me and say, “You can’t go up there” and I just thought, “Leave me alone, I’m an actor.” The minute I got on that stage, it all went away and that was the high point because it’s a very weird place to play because you have to look up, it’s quite artificial because you have to do that or you don’t include everyone. That has got to be one of the highlights because I can remember literally going seconds before, “Oh my god, I haven’t got time to ask someone what my first line was.” Literally, I went blank! I stepped up the stairs and all of that went and it was brilliant.

16. It can be difficult to get your foot through the door in the acting career. Were there any low points in your career where you thought you wouldn’t make it?

Yes. After that first job… I so didn’t work. I didn’t work for months and months, thinking I’ve got to keep going. It’s one of those things where you learn early on when you’re not working that you have to keep disciplined and focused and try and keep positive. The people who don’t, are the people who don’t make it. I left drama school and I got this job and I was like, “Wow, I’m getting paid for something I love!” and then nothing. I did all sorts! I worked at Wembley Stadium cleaning, I worked at the town hall frying chips and sausages for their lunch break. I did all sorts. It had to be this sort of thing where I finished early or I had some flexibility so I used to work at Covent Garden’s market where the guy was brilliant because he use to let me have time off for auditions and whatnot. It’s literally going, “Okay, I really need to focus at this point or otherwise I’ll quite easily give up.” It can be really tough and I had a hard lesson but in hindsight I’m glad I had it early on because you get people who do really well as actors and then they hit a certain age and then they don’t work because their looks fades or whatever and they don’t know how to hustle. Being and actor is like a hustle, a constant hustle.

17. Have you had any major knockbacks in your career and how did that make you feel?

Yes and I’m not going to be specific but there was a time where I thought I was cast and told I was cast and then they went, “Oh, no you’re not.” Yeah… I literally thought I was cast, for two days as far as I was concerned I was about to go on to a job and then I was told, “Oh no… No, it’s not you” and again that was early on. I learnt some harsh lessons in the first three years starting out; looking back now I’m glad I had them. I don’t take anything for granted, I feel blessed. Every day I feel blessed I was part of that show, I feel blessed I’ve had this career path. There are so many things to be grateful for and I hope I will always remain that way. Grounded!

18. What advice would you give to anyone who wanted to be a successful actor/actress?

To keep at it and don’t let some people say no; when a door closes in your face, don’t think that’s it. If you do think that’s it then it wasn’t for you. I’m a firm believer of what is meant for you will not pass you. If you can’t get an agent straight off try to get into a project where you rehearse in the evenings and work in the day to pay your rent and get agents to go along and see it. If not, go to as many open auditions as possible because it can take two lines of something. For example with ‘Shameless’, did you know that I actually did a small part in season 5? Exactly! Some people go, “Oh a small part? I’m not doing it!” I was like, “Yeah! I’ve been watching the show. Absolutely!” And three years later, BOOM!

19. If you weren’t a successful actress, what would you be doing now?

Definitely something artistic! Because I was a big teenager, as in size, I used to make my own clothes. I went to an evening class when I was about sixteen to learn how to pattern cut without using patterns so I could design something and know how to construct it and make my own clothes because all that was on offer was Evans. As a 16/17 year old, I really didn’t want to go to Evans, so possibly designing. I do love clothes!

20. Now that ‘Shameless’ has ended, what is on the agenda for you now?

I’ve just done some acting I filmed about a month ago, my first ‘Casualty’. Normally that’s the right of passion for actors; it’s been on for 27 years and I’ve never done one. This was the right part to do. Hopefully opposite to Avril in every way, in fact I think it’s going to be screened at some point in June and now I’m just auditioning for other things. It’s important to me as part of my de-Shameless thing to go and jump into something else really quickly and opposite, just to kind of get over that and do something else. So, I did that and I loved the script and I loved the director. Very, very opposite to Avril, so that’s out in June and now I’m auditioning. I’m not saying I’m picky but I want it to be the right thing.

Catch the last ever episode of ‘Shameless’ on Channel 4, Tuesday 28th May 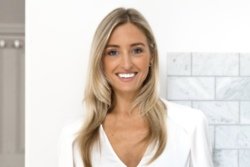 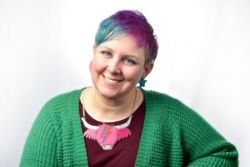 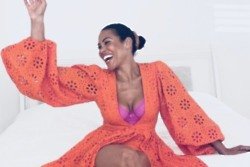