My favourite comedian by Amy Annette

Amy Annette writes a piece for Female First ahead of her new show What Women Want at the Edinburgh Fringe Festival.

I am a child of limewire. The peer to peer networking service that existed in the hazy days of early copyright infringement where I would type ‘comedy’ into the search and just download any audio tracks, malwares or keystroke loggers that looked interesting. It’s why I, as a North London born twelve year old, was au fait with American comedian Jeff Foxworthy and could join in with his ‘you might be a redneck when’ catchphrase...‘Here’s Your Sign!’ I had Bill Nye the Science Guy’s Periodic Table Song playing after Eddie Izzard’s Death Star Canteen bit which would then shuffle on my prized gold ipod Nano into Eddie Murphys’ Raw. There was no parental control on limewire. All this is to say my early comedy references were weird, gleaned illegally and without any curation or method. 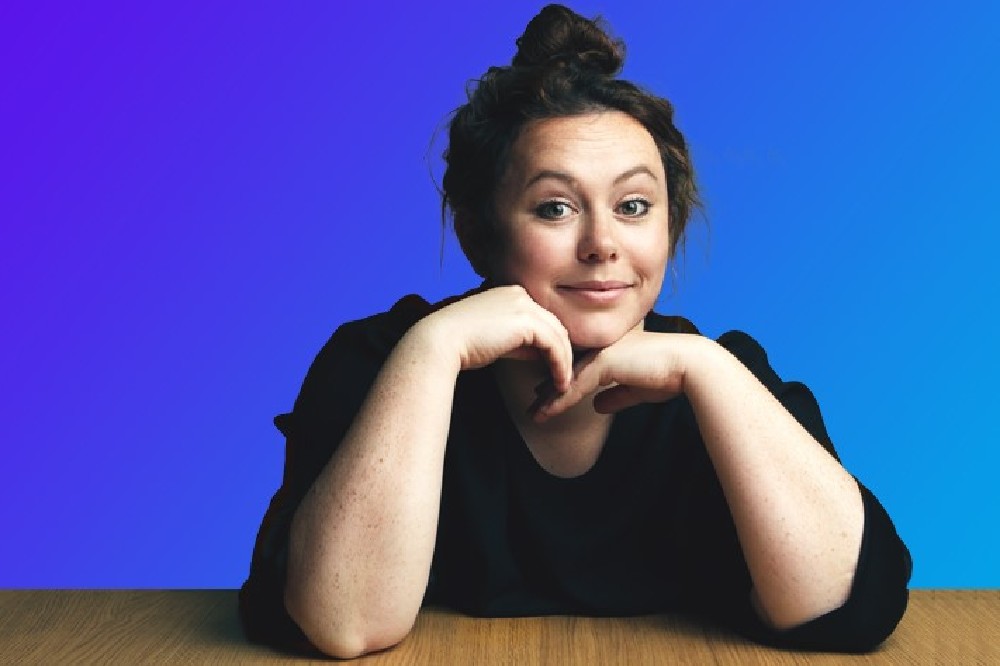 I have been, thanks to a mother in publishing, going to the Edinburgh fringe with my family since I was kid but - thanks again to that mother - I mostly spent my time in the literary festival (I was a very chic child thank you). The other form of entertainment were any interpretive dance shows that took the eccentric fancy of my parents and their friends. Derevo - a silent Russian dance show in a church where, in my memory at least, everyone on stage eventually got naked - was a firm favourite and we would see them a couple of times over the summers of my childhood. So my Edinburgh references were as muddled as my early comedy references; varied, multi coloured but not very comedy focused.

I remember then, when in Edinburgh, I saw a comedy show for the first time, I believe it was Tommy and the Weeks. Woah mama. No-one yelled out ‘Here’s Your Sign!’ but I laughed along anyway and had that experience you see many a Edinburg go-er go through - I became a fan. I have basically based my entire career on that experience - from producing Edinburgh shows over the years to taking my own show- a live recording of my comedy conversation podcast ‘Amy Annette: What Women Want’ (Saturdays and Sundays at 12pm at the Pleasance Courtyard) up for the past few years.

I’ve been lucky to be enmeshed in the British comedy circuit since then, and to see so many brilliant comedians go from new acts to big name draws. It’s hard for me to specify a favourite but I can point out two comedians who have been a huge inspiration to me, who I’ve seen in many pubs, clubs and theatres; Mae Martin and Josie Long. Before seeing them, I had enjoyed comedy but hadn’t seen something that spoke to me so much - Mae’s description of herself as being like a spider as she looped after her crush at camp is something I’ll always have in the back of my head. Josie too, her joyfulness, her smartness and humanity intertwined culminating in some great jokes, rang a bell in my head/heart I didn’t even know was there. I can’t imagine these two comedians - still very much in their prime - will want to feel immortalised as inspiration but in fact it’s the very fact that they are still tangible working examples of how to stay true to your voice, that inspires me the most. Also I have been privileged enough to have wormed my way into their lives, they’ve both been guests on What Women Want and I can say here on the record - I still stan. Even if this fan mail of an article creates some sort of invisible wedge of fan and star between them and me - I am very pleased to have been able to end this chronicle of my journey, from haphazard comedy copyright infringer to someone who’s lucked upon finding her favourite comedians close to home, with them.