Anya Anastasia talks to us about her new show 'Rogue Romantic' ahead of the Edinburgh Fringe Festival.

Anya Anastasia will be performing her new cabaret show ‘Rogue Romantic’ at the Assembly Checkpoint for the month of August so we caught up with her to find out what we can expect from the performance. 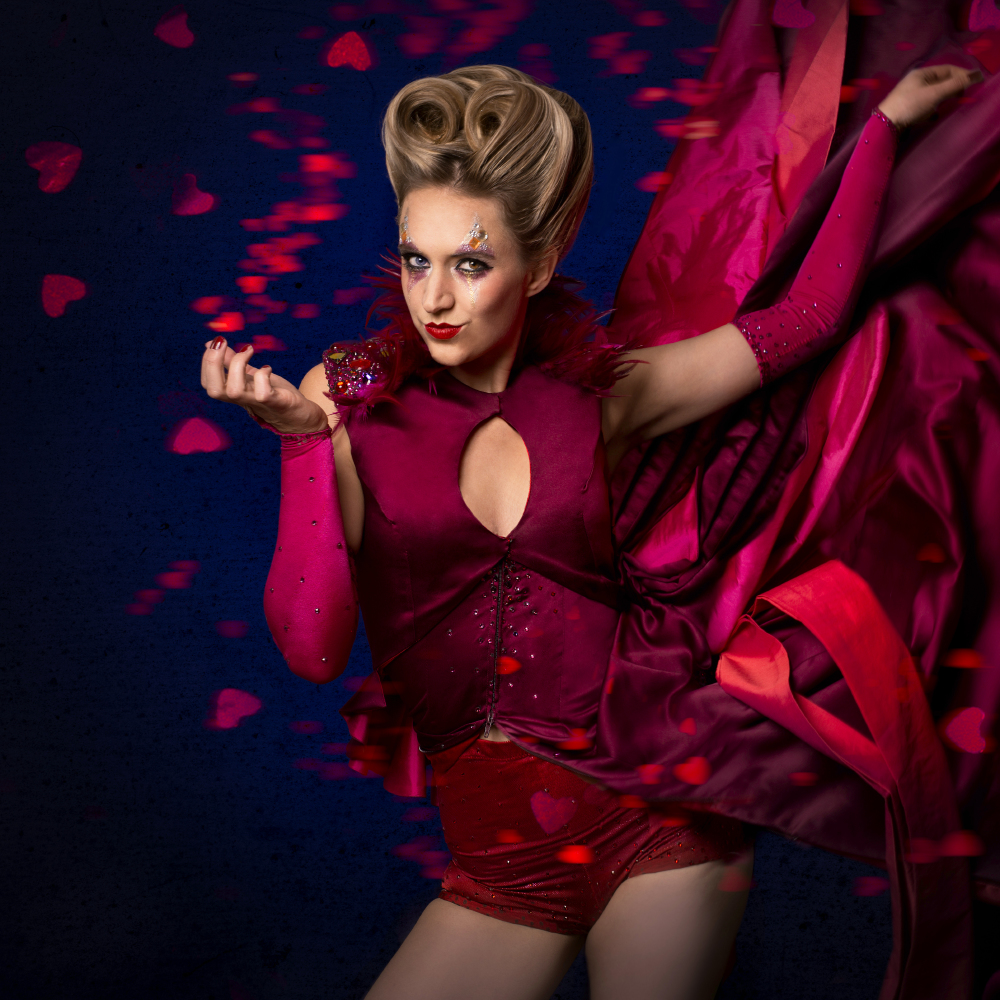 Please tell us about your brand of comedy/cabaret?

All original songs with an all female band. It’s theatrical and visually extravagant musical comedy with a complex and beautiful musical score, and a passionate (sometimes hysterical) diva at the centre of it.

Rogue Romantic feels to the audience like an exotica themed glamorous party with an extremely eccentric host, who we get to know a little as the songs unfold – often in the laps of the audience !

Which other cabaret performers have been your biggest influence since you decided this was your path?

I keep a keen eye on the journeys of performers who write their own material, who craft a brand of their own which can transcend normal genre boundaries such as Amanda Palmer and Tim Minchin. Both have undercurrents generated by a strong interest in social and political commentary as well as creating work that is immensely entertaining to their audiences.

The behaviour of birds. For some reason birds crack me up. Especially ducks.

Worst? Hmm… I was performing a lot as Marie Antoinette with my other show Torte e Mort: Songs of Cake and Death, and performing sometimes 3 different gigs in a day. After a month long season of the show I was getting ready back stage for my 1am spot in a big circus tent in the Adelaide Fringe, and seconds before my entrance I got an extreme blood nose. Other performers were subbed in for me and the line-up was changed on the fly, eventually it stopped bleeding, and I went onto stage. I started singing (as Marie Antoinette) a song about the benefits of losing your head and my nose started bleeding everywhere again, all over my costume. At least it worked with the content of the song. I think people thought it was just an interesting performance art piece involving fake blood- I fainted just after leaving the stage. I was fine, but my costume has never quite recovered from that.

Best? There is a special place in my heart for performing on that Assembly Checkpoint stage. My first performance there is probably one of my favourite performance experiences of my life. My dear friend Penny Arcade was on the bill that night too, and it was the first time I’d seen her since we shared a dressing room at the Adelaide Fringe. On the same night I met the marvellous Sven Ratzke and then performed with his band backing me, and my favourite sound tech on the ops desk, Mr Jonny Duncan. A magical moment of being in great company, brilliant chemistry with that band, with a great audience, and falling in love with the magic of the Edinburgh Fringe, the thrill of cabaret, and the charm of that room.

Sometimes. Especially if I’m debuting new work (which isn’t a rare occurrence), or if I’m on a bigger stage than usual. Sometimes I get nervous if I spot people I know in the audience.

Why is Edinburgh Fringe Festival such a great platform?

Independent open-access festivals worldwide are hugely important, as they provide a platform for voices that get sidelined in mainstream contexts, and also as an un-censored platform for cutting edge and sometimes controversial ideas to grow and take root. Also, we need to be able to laugh, be entertained! Edinburgh Fringe gives us a fabulous affordable, accessible binge on this.

I love Svalbard’s All Genius All Idiot- I’m looking forward to seeing them, and also the award-winning theatre show from fellow Adelaidian Joanne Hartstone “The Girl Who Jumped Off The Hollywood Sign”

What is your advice to aspiring performers?

Never stop learning, follow your curiosity do it your own way. It gets tough, keep your good calm friends who believe in you on a speed dial list so when you get sad or confused or overwhelmed you don’t even need to think about what to do, just start the phone tree!

I’m writing and pitching an adaptation of my stage shows for screen, it’s a very exciting project on the boil. Also I love the Adelaide Fringe. It is the other best festival in the world, I’ll be there in February and March with a new show and exciting new collaborations.

Anya Anastasia will be performing her new cabaret show ‘Rogue Romantic’ at the Assembly Checkpoint for the month of August for tickets  go to www.edfringe.com