Ashley Storrie writes a piece for us ahead of her new show Adulting at the Edinburgh Fringe Festival.

The internet can be a right kick in the humps sometimes, what was once a sanctuary of cat memes and videos of children falling is now a temple of doom and despair. Rivers of Fake news, conspiracy theory mountains and troll filled forests mar the once whimsical landscape but worry not, for I Ashley Storrie, warrior princess of the internet and level 99 mage (#RUNESCAPE4LIFE) am here to guide you back to the funny fjords and giggle worthy glades. 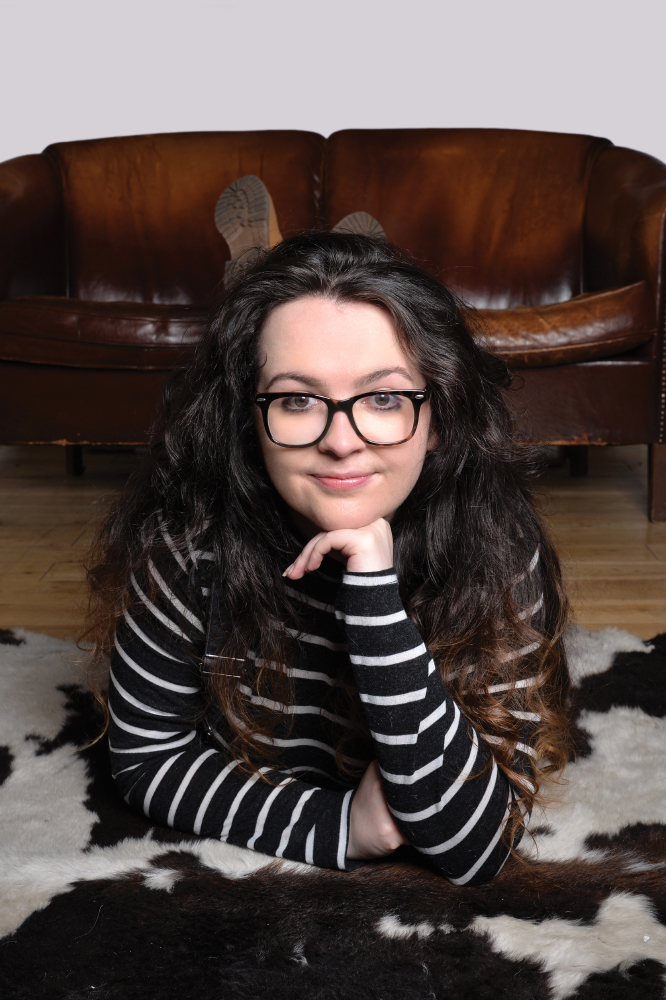 It’s important to have a good ‘go to’ podcast in these often-dark times, a place where you can laugh, be silly and rejuvenate, like a comedy spa for your brain. Dynamic Banter, with Steve Zaragoza and Mike Falzone is my happy place, relatable, loud and a ‘li’l bit silly’ these boys and their love of loud noises and nonsense can pull me out of even the darkest of moods.

In a world driven by consumerism and bargain hunting, there’s a strange pleasure that can be garnered from somebody else’s transaction mishaps. Be it the man who thought he was getting a Persian rug for £5 or the mum who thought she’d got a pair of gold leggings on the cheap, it warms my heart to see I’m not the only one who makes stupid purchases without checking the small print.

Maybe you’re a person with a busy social life, maybe you’ve never been so keen on a piece of fiction that you’ve been compelled to write your own version, maybe you’re “cool”… but that shouldn’t stop you from diving into the bizarre and wonderful world of fanfiction. There’s a fanfiction for everything, some are amazing, some become ‘50 shades of Grey’ and one is the worst.: ‘My Immortal’ is a notorious piece of internet history and Harry Potter fanfiction marred in controversy, some claim it is deliberate parody others say it’s just terrible writing… an epic masterpiece of bad spelling and strange imagery, if there was a museum of the internet ‘My immortal’ would be a treasured artefact, and luckily for you I’ve read the entire thing out loud so you don’t have to!

Originally posted in 2011 Fenton is the granddaddy of the internet’s Funny Dogs, his unbridled chasing of deer in Richmond park while his owner screams his name never gets old and never fails to bring a smile to my face or a chuckle to my belly! “Oh Jesus Christ! FENTON!”

I love ‘Dirty Dancing’. when I was a friendless 16-year-old, I’d watch it every day. I loved the movie so much, and now as an adult I love nothing more than watching people parody it. Here a young Channing Tatum and exceptionally funny Charlyne Yi recreating the awkward sex scene, that awakened so many of us

The Bad lip-reading team on YouTube are purveyors of great online content, the imagined utterances of NFL players, Star Wars Characters and politicians alike can be a burning beacon of joy in an otherwise dreary world.

The landlord is one of the most viral videos in the history of viral videos with over 100 million views. Produced and starring Will Ferrell, this short showed how impactful a few minutes of comedy could be, the video was used to launch the now HUGELY popular Funny or Die website and despite being over 10 years old, Pearl the tiny landlord still packs a funny punch.

The Landlord from Will Ferrell

Before there was YouTube there was ‘Winnebago Man’, a series of expletive ridden outtakes from a commercial filmed in 1988 edited together on a VHS, copied and passed from person to person to create a pre-internet viral video. When the clips were finally uploaded to the web the virality of the content remained and a whole new audience found joy in one caravan salesman’s terrible day… so much so, finding Winnebago Man became the subject of a hit documentary. The original still makes me chuckle though, despite it being in no way safe for work viewing.

Ever open and blunt about mental health, parenthood and relationships, Kristen Bell has amassed a tonne of hilarious moments on the internet, but my favourite is her Sloth Meltdown… because we all have that one unobtainable love, that one thing we want so much but could never imagine having. For me it’s William Shatner’s love, for Kristen it’s an interaction with a Sloth. Her retelling of the event, with footage from husband Dax Shepard, on the Ellen show, makes my face hurt from smiling.

Do you love Game of Thrones and Netflix’s reboot of Queer Eye? Did you know there was an entire web series where you can indulge both of those loves simultaneously? Gay of Thrones features Queer eye Star and Kween of the interwebs Jonathan Van Ness recapping episodes of Game of Thrones in his own unique and charming way, eliciting giggles from all who watch… and keep your eyes peeled for some EPIC cameos!