Sarah Thom discusses her new show Beak Speaks ahead of the Edinburgh Fringe Festival in August.

I can't quite believe I'm finally making the show Beak Speaks. Gillian Beak first came into my world about 15 years ago; I invented her in the back of a van while going slightly crazy on an overlong tour with the then full-mask company, Trestle. I seem to remember at that time I was also voluntarily doing tests supplied by MENSA in various B&Bs up and down the country; it's amazing what not speaking - and wearing a piece of plastic on your head day in, day out - can do to your brain! 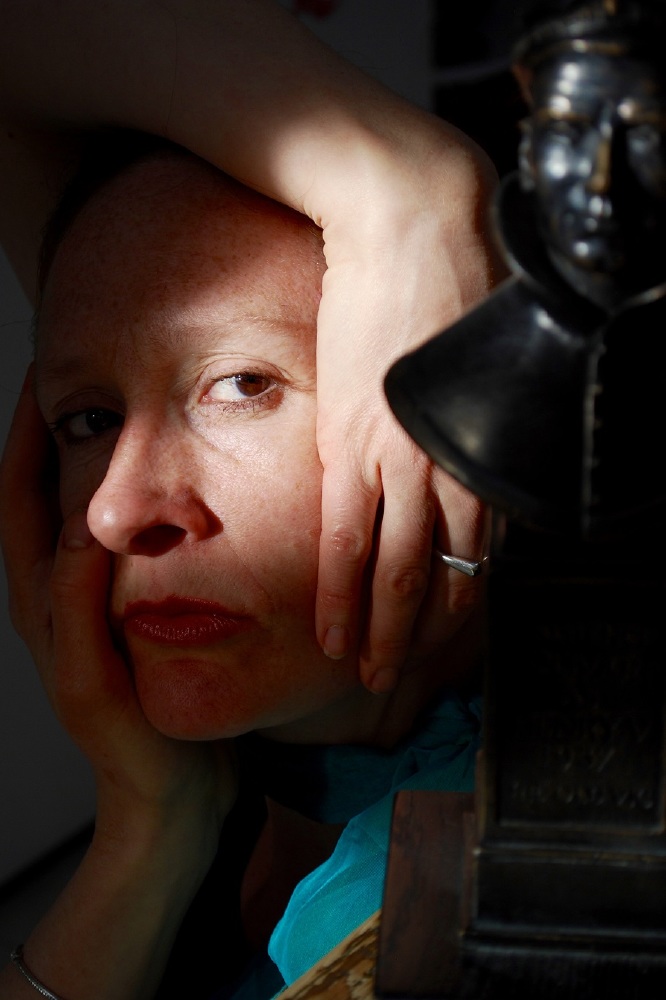 If I had to sum up in a sentence what inspired the creation of Gillian, and in turn the show I am writing today, it would be Fringe Theatre. In all its brilliance, inspirations, successes, failings, oddities, pretensions and idiosyncrasies.

I co-ran the devised theatre company Foursight, from 2007 to 2012, with whom I co-created shows such as Thatcher the Musical!, Can Any Mother Help Me? and the last show I brought up to Edinburgh (Assembly 2011) Bette & Joan: The Final Curtain. Then in 2012, just after the Tory cuts had criminally slashed the life out of Foursight, I was amazed to win the BBC Radio Drama Norman Beaton Fellowship. I went on to record many plays and comedies with Radio 4; this led me to play Joan in Clare in the Community, which I've now done for the last 4 years and which has re-inspired my love of comedy.

To be honest, I've been wanting to challenge myself to write a comedic character show for some time and Gillian Beak, theatre practitioner extraordinaire, has stayed with me. About 10 years ago I set up a series of spoof workshops at the Actor's Centre, led by Gillian, and generated a lot of material with an idea to create a TV pilot. (For the record, the participants were in the know). For various reasons - the main ones being running the theatre company and early motherhood - I put the idea on hold. But I’ve always wanted to do a show with her and thanks to a New Year resolution and a chance conversation with my agent and producer, Jimmy Jewell, this finally seems to be the moment to unleash the Beak.

Last year I was commissioned to make a one-woman piece for The Equilibrium's Vintage Humans Festival at Southwark Playhouse, Bright Orange Flowers, which I found a very inspiring experience. Even though this is a different genre, I am attempting to mirror the process I used to create that play to develop Beak Speaks. As it’s a one-woman show I’m mixing quite a bit of writing with working in a rehearsal room, applying various devising techniques I’ve used along the way. I’m also working with dramaturg James Greaves, with whom I created Bette & Joan: The Final Curtain, to hopefully make sense of my meanderings. The aim is to blend a fictional narrative and character with true happenings, so it’s a real mixture of imagination, research and memories. So far the old adage "truth is stranger than fiction" seems to indeed be the case.

All in all, my goal is to create an amusing and slightly bonkers hour of theatre that is at its heart a homage to the fringe, but I'm still writing, so we'll see what happens as the Beak finally speaks...