10 Things that make me laugh by Charlie Partridge

Charlie Partridge writes a piece for us ahead of his new show I Can Make You Feel Good. By Comparison at the Edinburgh Fringe Festival.

Sarah Kendall’s told some absolutely beautiful stories about growing up in smalltown Australia in this Radio 4 series. The feelings of adolescent awkwardness and frequent naivety in having to confront sometimes quite grown up situations at the dawn of adulthood, was captured brilliantly, and punctuated to great effect with Sarah’s funny voices and spot-on punchlines. It has me laughing hard, and occasionally sobbing, only to rescue me again with more mirth. 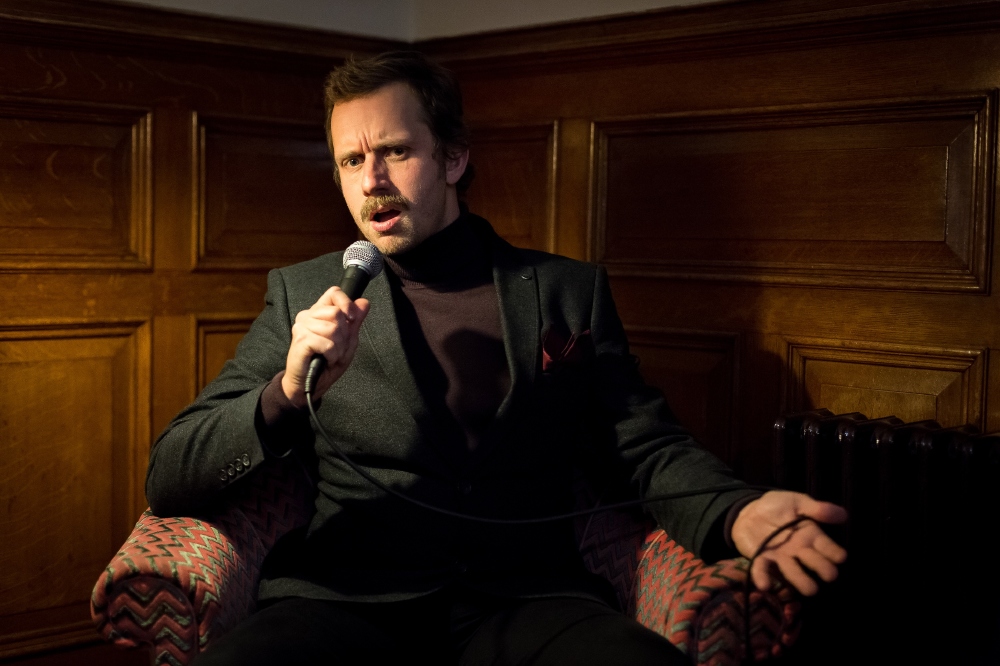 This Netflix series is a masterclass of stand-up from someone at the top of the game. And hats off to the production of Stuart Laws as well.... It is much more artfully shot than most people would think stand up needs to be. The result is incredibly satisfying.

I used to do a lot of children’s shows and they really do say the funniest things. I was recently compering an event for some dairy farmers and in a Q&A a little girl was belligerently asking a farmer if he could milk male cows, and the more he shied away from answering the question directly, the more she persisted as the overwhelmed farmer went redder and redder.

I think these three emotions are what I would like to change the most about myself - to be less angry, have less of an ego and to worry less. All three emotions seem to me to be frequently useless. BUT, they can be funny in hindsight. The impotent fury of shouting at an email attachment for not attaching, is pretty funny later, and reminds me that I’m probably taking something too seriously. Pride is similar - my whole show is basically about situations where I was forced to have any pride battered out of me. There is no way to look ‘on top’ if you’re professionally handing out free Pringles whilst dancing dressed as an elf. But if you can accept yourself at your lowest, there is tremendous freedom in that. The joy of being licensed to dance in the street is far greater than the shame of being a Pringles elf.

I used to MC for Tough Mudder and would spend ten hours straight commentating on people getting electrocuted in one of their obstacles. I think in 4 years I watched nearly half a million electric shocks. The non-stop cycle of many different people approaching with fear and anticipation, trying to dance around wires with the posture of skittish Victorian villains, followed by the pain and defeat, and then rising redeemed as they crawled through mud like a shame slug. It would never get old.

A lot of adults don’t let themselves play much, so I love seeing adults, maybe a few drinks in, attempting charades. Suddenly seeing a 40 year old man playing an elephant very seriously to confused faces, while his brother desperately tries to guess whatever it is with decades o rivalry pouring out, is very satisfying.

I often take a hula hoop to welly wanging events (I MC maybe about 3 a year). I’m not concerned about how big your wang is. I’m looking for the right wang to get in my ring. I am as surprised as anyone that I’ve been employed to repeat this joke for hours at festivals... but if everyone is getting their wangs out, it can draw a crowd.

The older I get, the more I delight in Disney films. I even host regular sing-along screenings of them in Clapham. Recently watching The Jungle Book, Bagheera’s eulogy for Baloo when he doesn’t know Baloo is actually still alive, is simultaneously heart wrenching then hilarious. It’s a seriously impressive knife edge to tread.

I love laughing with my girlfriend. She loves hip hop and is a straight talking German. She calls me out and can cut me down in precisely the right way that I immediately find it funny. It is a phenomenal talent - she may be the smartest person I know.

Laughing with my 11-month old daughter is my number 1 favourite thing to do. Whether we’re tickle fighting, playing on the beach near our house, dancing or making food together she is so full of joy and smiles. She makes me laugh every day. Usually first thing in the morning... I am very lucky.

Charlie Partridge’s ‘I Can Make You Feel Good. By Comparison.’ comes to Just the Tonic at The Caves, 4:50pm, 2nd -26th August (except 13th) as part of the Edinburgh Festival Fringe https://tickets.edfringe.com/whats-on/i-can-make-you-feel-good-by-comparison