The Inspiration Behind 'Hear Me Raw' By Daniella Isaacs

Daniella Isaacs reveals her inspiration for her new show Hear Me Raw.

My sister, Jodi, has just had a baby girl. When she told me she was pregnant, I had fucking amazing abs. I also hadn’t had a period in two years. I had loads of other symptoms too- thin bones, hair falling out, anxiety, night sweats...the list goes on. If you’d looked at my Instagram account you would have thought I was really healthy, maybe even a wellness ‘guru’- so much avocado on toast, so much exercise, so many filters. 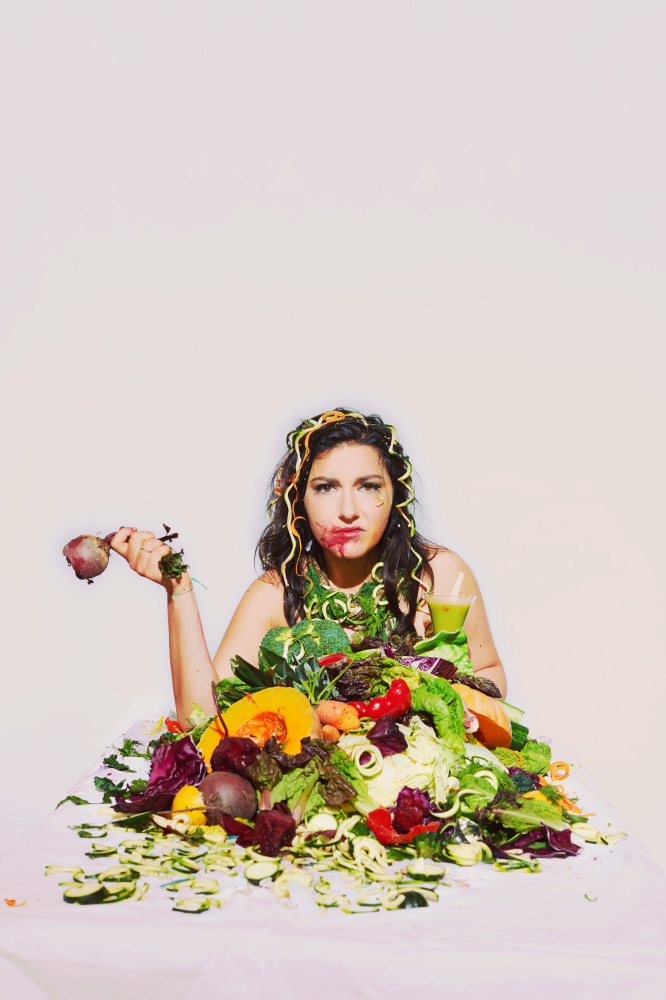 Hear Me Raw By Daniella Isaacs

A few years before, I created, developed and performed in a show, directed by Rosy Banham and written by Karla Crome called Mush and Me which premiered at Underbelly, Edinburgh Fringe before winning the Holden Street Theatre Award which took us to Australia. It’s only in retrospect that I’ve realised that during that entire experience I was consumed with thoughts about keeping up my wellness credentials. So much so, that after coming back from Australia, I fell head first down the ‘wellness hole’ (just like any other OCD rabbit hole) and started ghostwriting for a wellness brand and even wrote a range of bestselling books (that no-one will ever know I wrote).

In March of this year, soon after my sister had told me she was pregnant, I went out for dinner with Rosy. Whilst awkwardly playing with my tuna nicoise in a bid to stay away from eating the potatoes, I mentioned that I’d really like to make another show with her. I wanted to make a show about the wellness world, I recognised that in an industry which is focused on being happy all the time, a huge amount of angst and sadness is being suppressed. That blatant conflict means the opportunity for drama is rife. Rosy was keen, but when I started talking about potential characters and plot points, she said the only way she would get on board was if the show was autobiographical. We both recognised that my obsession with healthy living had gone too far and both recognised that the psychological reasons lurking underneath were dramatically interesting and sadly current. I looked down at my remaining plate of spuds and said ‘no way am I ever going to expose myself in a solo show.’ After dinner, we went to the theatre and watched our friend Richard Gadd’s autobiographical show, I turned round to Rosy and said… ‘about that autobiographical show… let’s do it’.

Hear Me Raw is an autobiographical account of my journey through the world of contemporary wellness. It’s about food, anxiety, death and control. The show peels back the instagram filter to reveal the dirty truth behind the clean living movement, and the existential angst at the centre of the millennial experience. It’s based on my own experience of working within the wellness industry and developing an eating disorder which dominated my life for a number of years. It’s funny, dark and genre-bending. It’s also packed with superfoods and very, very messy.

All my anxious voices take centre stage and they are voiced by some wonderful people including: Richard Gadd, Charlotte Ritchie, Tom Rosenthal and my real family too.