Danny O'Brien Reveals The Inspiration For His New Show 'RaconTour'

Danny O'Brien talks to us about his new show Racontour.

Danny O’Brien discusses his new show RaconTour about his search for his missing father and talks about the hilarious and awkward family moments his quest entailed. 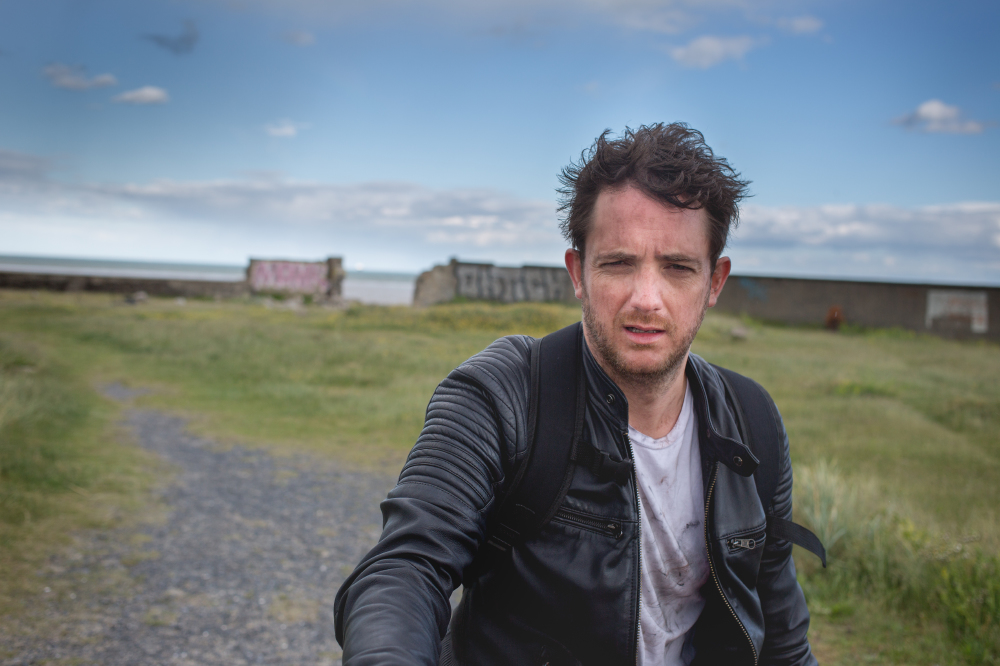 What is RaconTour about, you ask? Well, the show is essentially a comedy of errors, On The Road-esque journey that took me all around my own country of Ireland then over the water to the Fringe on a battered, inherited, old motorbike.

My father has been missing for 20 years: un-contactable; not on Facebook; like, fully, off-the-grid gone. In my story (which is all true by the way), I talk about the funny side of trying to build family bridges on both sides of the water and how things don’t always turn out as planned. It gets a little bit dark with subject matter regarding my father’s attempt to take his own life at a young age and my discovery of my "secret sister".

You would think that in 2017 that finding someone is easy but it definitely is not. There’s the obvious awkwardness of not being able to answer anyone when they ask, "Hey, where's your Dad?" But I also still cringe when I think of the first time meeting my biological sister 10 years ago, after discovering she had been put up for adoption in the UK a year before I was born.

The first thing I asked her was if she had ever been on holiday in Corfu circa 2001. I asked this because I had a deep, unwarranted paranoia of "What if I'd somehow hooked up with my sister on holiday and didn't know?” I mean, the chances of me crossing paths with her were not that slim: I worked as a rep in a predominantly British holiday resort; she was near enough my age; that’s not a one in a million chance - it's like one in 25,000!

Thankfully she had never been (I was sorry I asked). But then it was her turn for questions: why had I never managed to locate "our" biological father after all this time? “I bloody tried,” I told her. “I’ll bloody help,” she told me. So we set off on a quest to find him, sometimes on the internet, sometimes on the bike.

I have travelled North, South, East and West around Ireland (or as I sometimes call it “Hibernia” to wind up people and make it sound like it's a shire in Game of Thrones) on my motorbike while writing and shaping the show and simultaneously trying to track down my biological father. I've broken down several times and ran out of petrol more times than that thanks to a non-existent petrol gauge on my beloved Honda Nighthawk - which is the most nineties of names for a motorcycle manufactured in that decade by the way.

It’s taken me to various festivals all over the country where I’ve performed in the past few months and I've even been to prison…not as an inmate but to tell jokes to some. Some gigs are tougher than others. This show has been a dual quest of comedic self-actualisation and a family mystery to be solved. With the soul-destroying motorbike now safely over in Edinburgh, and me with it, both are close to their penultimate end.

Danny O’Brien: RaconTour is on at Underbelly Cowgate from August 3-27 (not 14) at 22:20. Tickets are available at www.edfringe.com.