10 Things that make me laugh by Douglas Walker

Douglas Walker writes a piece for us ahead if his new show Of Christmas Past at the Edinburgh Fringe Festival.

Here are 10 things that make me laugh. I wasn't sure if this meant 10 comedians/TV shows/films etc, or 10 things in day to day life, so I've done a mixture. I hope you find the time to try some of these yourself. 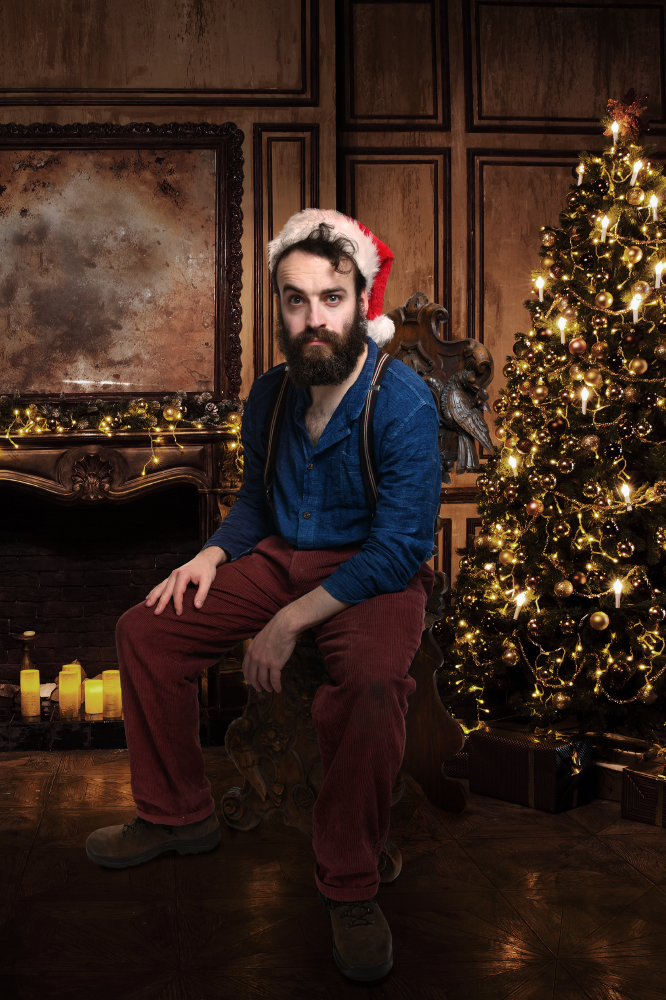 Ivor Cutler was an avant garde poet and musician and a truly original comic mind. He is the bus driver in the Beatles film Magical Mystery Tour, but his LPs are masterpieces. I recommend starting with 'Dandruff' for your first taste.

Bill Waterson's newspaper cartoon. The artwork is beautiful, the jokes are ingenious and the stories touching. I kept two books by my bed growing up: a Calvin and Hobbes for bedtime reading, and a dictionary to help with the big words.

In a world of abbreviations, I take great pleasure in incorrectly extending words. At the cinema I order 'popular corn' and I text my friends with the 'What is application.'

Babies falling asleep into their pudding

People can be snobby about You've Been Framed, but I don't think there is anything in all the works of Oscar Wilde or Monty Python quite as funny as watching a baby slowly, slowly drifting off and face planting into their pudding, before waking with a startled and chocolate smeared jolt.

Just to keep my friends on their toes I like to occasionally use the angry reaction for totally innocuous Facebook posts.

I've always loved Reeves and Mortimer, but Bob seems to be having a wonderful renaissance at the moment. From Would I Lie To You to Taskmaster, every time he appears on TV it is solid, joyful gold. I think it's because he seems to be having so much fun himself.

'As ASAP as possible'

When writing work emails I use the phrase "as ASAP as possible." I like the idea that people think it's a mistake.

The Adam Buxton Podcast is a joy, but that is hardly a controversial opinion. But the theme tune, my word! I sing it often, in ever more dramatic and operatic style. I think it might be the best ever theme tune. I could write an essay about it. I know I could because I have in fact written one. That's how good that theme tune is. In fact I like it so much that I have nearly written to Adam Buxton to tell him how much I like it several times, and then deleted the message because t was too embarrassing.

Sean Lock and Mark Lamarr wrote my favourite sitcom, 15 Storeys High. A beautiful mixture of a bleak and gritty aesthetic with absurd and silly humour. There's two series, and you should watch them.

Doing impressions of the bit at the beginning of Return of the Jedi when Leia is dressed as a bounty hunter in Jabba's palace. You know, the bit where she has recued Han and says in an impossibly croaky voice, "Try to relax for a moment. You are free of the carbonite." Under quoted in my humble, but accurate opinion.