My favourite comedian by Eli Matthewson

Eli Matthewson writes a piece for Female First ahead of his new show An Inconvenient Poof at the Edinburgh Fringe Festival.

ELI MATTHEWSON is a young and fabulous darling of the New Zealand stand up scene. He’s in the UK this August to perform AN INCONVENIENT POOF at the Edinburgh Fringe, sharing a few - self-deprecating and endearing - things to say about why millennials make lousy activists. Ahead of Fringe, he talks to Female First about his favourite comedian – Claudia O’Doherty. 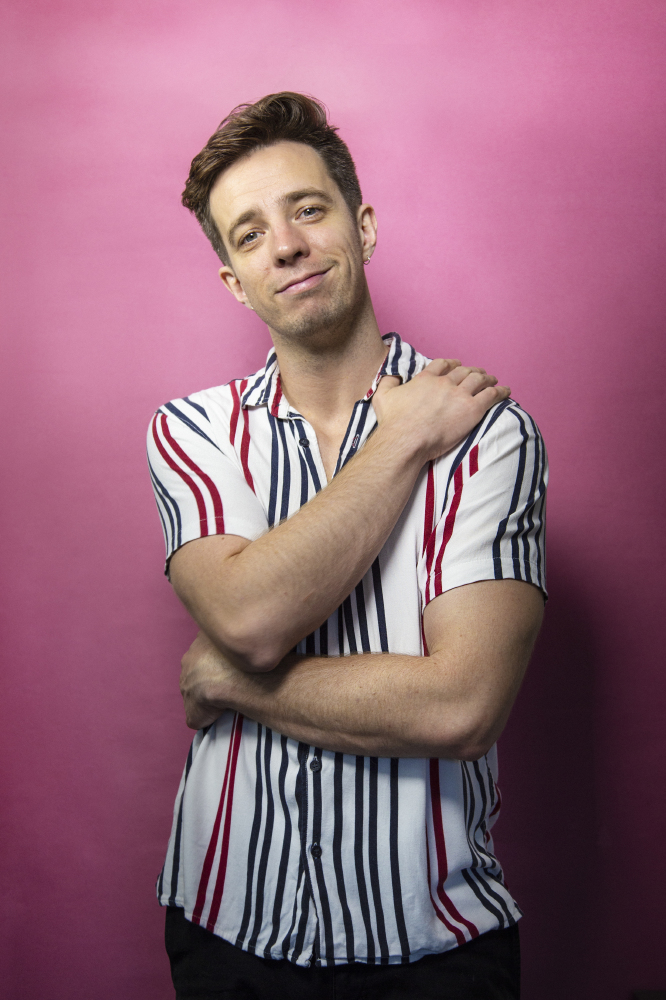 My first Edinburgh experience was a wee while back in 2012. I was in my last year of drama school in New Zealand, and me and my friend Hamish Parkinson were lucky enough to have a very silly play called Square Eye Pair brought over by Rhys Darby and his wife Rosie Carnahan (they produced the show for us and we baby sat their kids and sold Rhy’s merch). It was the first full show we had ever made, and we were truly the luckiest boys on earth: flown half-way across the world to experience the world’s biggest Fringe, with one of our comedy heroes helping us out.

Around a year before the trip I’d begun doing stand-up - so the festival become an immersive education on what a one-hour comedy show could be. I fell in love with so many amazing comics that year. I saw Hannah Gadsby, Celia Pacquola, Josie Long, Jessica Fostekew, Paul Foot and Simon Amstell - as well as watching Rhys’s show about fifteen times. I was already blown away, but in the last week I saw something I will never forget.

After the award nominees were announced I tried to get to see them all - but only made it to one. I bought the last available ticket to The Telescope, a show by Claudia O’Doherty. I don’t think there’s any description that will do the show justice, but here goes: it was a love story set across a time travelling telescope, featuring a host of incredible characters and hokey accents. But it was also a show that, intentionally, fell apart at the seams, leaving Claudia filling the gaps with stand-up while insane technical cues continued to happen around her. It was chaotic, yet somehow absolutely perfect, and the stand-up that Claudia did while “filling” was as good as anything I’d seen at the festival.

I was all alone at the show, squeezing in the last available seat in the middle of a row of strangers - but I couldn’t hold back my laughter the entire time. Ever since then I’ve been one of those total losers who has to point out that I’ve seen Claudia live, every time she pops up on shows like Inside Amy Schumer and Love. I still think she is one of the funniest people alive.

When I got back to New Zealand, I started working on my first hour, desperate to employ the inspiration I got from this show. However, as I continued, I realised my own comedy is nothing like Claudia’s. Try as I may to go big, theatrical and ambitious, I always come back to making shows that are pure stand-up. I’m doing my second show at Edinburgh this year, An Inconvenient Poof, and there’s no time travel involved. It’s just me and a mic and some true stories from my life. I think that’s why I loved Claudia’s show so much - it was so inventive and so far from anything I would ever think to create.

Doctor Brown won the big gong that year, but Claudia still wins my own personal favourite show. The Telescope is still the best live comedy show I have ever seen (there is no prize money with this award).