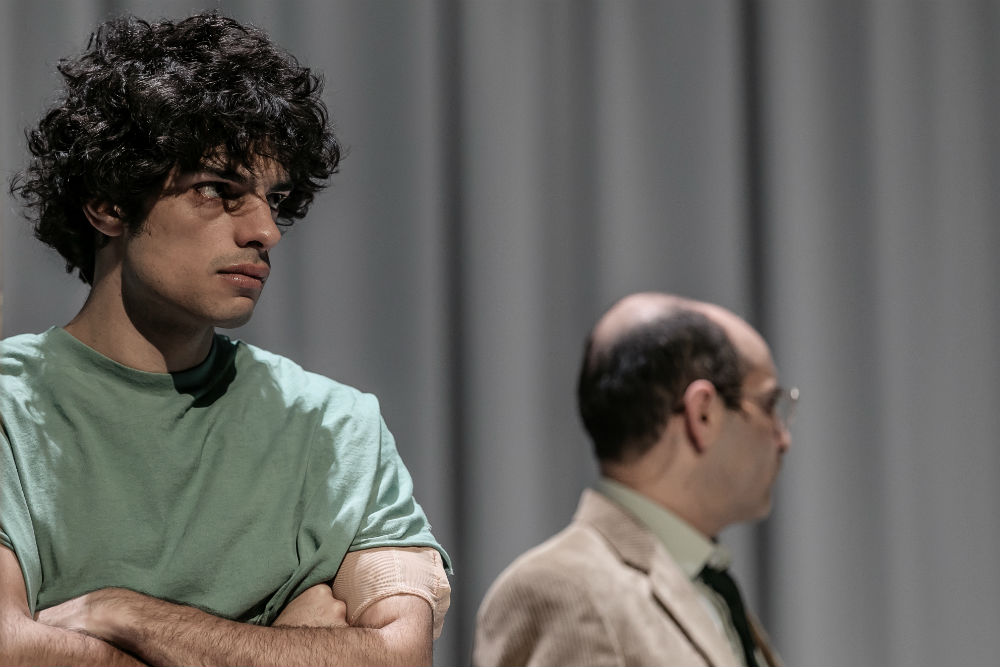 Ethan Kai as Alan Strang and Zubin Varla as Martin Dysart / Photo Credit: The Other Richard

I've heard a lot about Peter Shaffer's psychological thriller, Equus, but had never had the chance to check out the show for myself. Only knowing small tidbits of information about the story, as well as the fact that it's based on a true story, I jumped at the opportunity to check out the play at The Lowry in Salford.

Strang is a 17-year-old boy who narrowly avoids being sent to prison for blinding six horses with a metal spike, instead being sent to the hospital and under the watchful eye of Dr. Dysart. Though his family are split over whether he's always been a little "weird", or just a "normal" young boy, it quickly becomes clear to the audience that there's a lot of darkness seeping out of this teenager's soul. 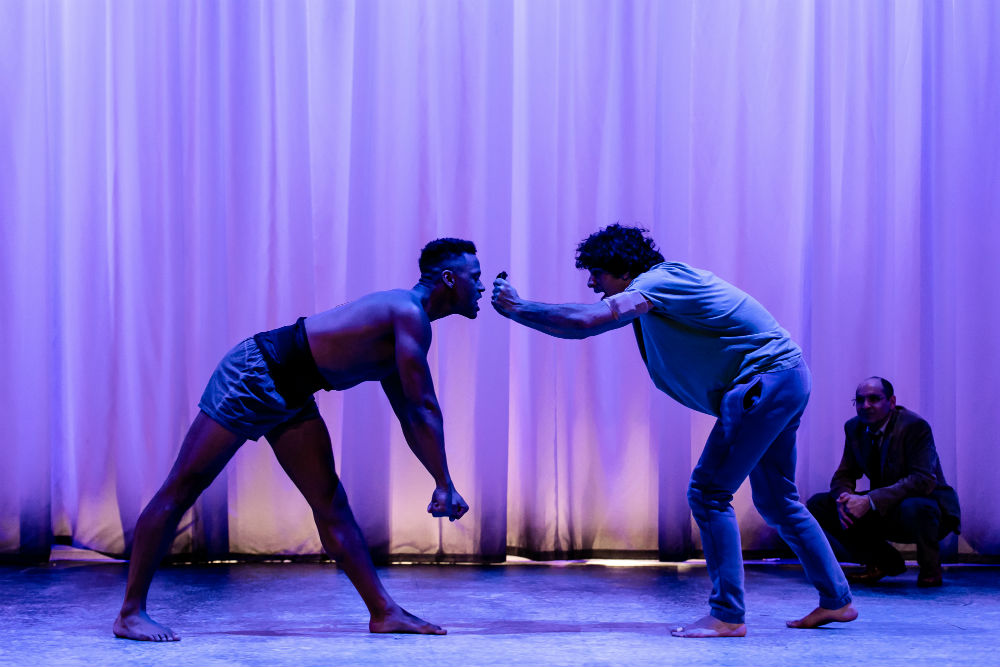 Ira Mandela Siobhan as Nugget and Ethan Kai as Alan Strang / Photo Credit: The Other Richard

Kai plays the role with brilliance, garnering laughs with his repitition of advertisement jingles, but stunning the room to silence with admissions of his guilt, and recollections of his past. He, along with his parents (played brilliantly by Syreeta Kumar and Robert Fitch), flirt with ideas of religion and ideology playing a part in the youngster's actions, pushing the audience to come to their own conclusions. Kai never overplays his hand, and is believable as the troubled character from start to finish.

Varla is also a charismatic force as Dr. Dysart. He lures you in with clever wordplay and "tricks", to the point where you're fully invested and believe that you're listening to a trained medical professional up on stage. His interactions with Strang are mesmerising, and you're left quite literally on the edge of your seat waiting for the next bit of information he'll be able to extract. The most interesting thing about Dr. Dysart is just how much he's willing to question his own existence following his conversations with Strang. Are the two really all that different? Ira Mandela Siobhan as Nugget and Ethan Kai as Alan Strang / Photo Credit: The Other Richard

Whilst their pairing is something alluring, it's the relationship Strang shares with horses and, most notably Nugget, that is the most confronting. Spiritual, sexualised, passionate and often tough to consume, the use of a male actor to play each horse is an incendiary decision, but the best one that could have been made.

Siobhan is enchanting as Nugget. The way he moves his body and encompasses the very spirit of the powerful mammal is sheer brilliance. Contrasting that with the other minor roles he takes on throughout the play proves just how smart of an actor this young man really is.

The set is an incredibly simple one, with curtains covering each of the three walls, and only a handful of props used. The creative team have done an impeccable job however, of turning this into an immersive experience. One particular scene in which Strang is suffering a nightmare sees the use of multi-coloured lighting that will unsettle even those with the strongest stomachs. Ethan Kai as Alan Strang / Photo Credit: The Other Richard

This show is one of the most interesting I've ever had the pleasure of seeing. With wonderful performances from every member of the cast, production that's worthy of ALL the awards, and a story that's unrelenting, Equus is a play any theatre junkie should add to their to-see list.

Equus runs at The Lowry in Salford until Saturday, April 27.